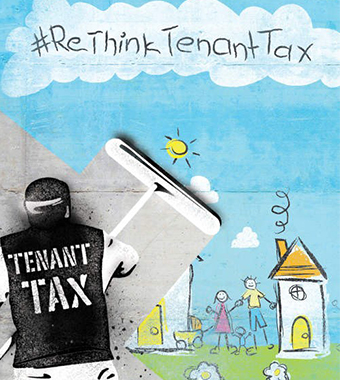 The huge rush to acquire buy-to-let property in the first quarter of the year ahead of the stamp duty change deadline at the start of April, after which a 3% surcharge was added for second homebuyers and buy-to-let investors, illustrated the growth in popularity of buy-to-let property as an attractive investment at a time of low interest rates and volatile stock markets.

The buy-to-let boom of recent years has fed the stereotype that Britons are obsessed with property. Ever since Margaret Thatcher declared her belief in a ‘property-owning democracy’ and introduced Right to Buy in 1980, the UK was converted into a country that saw houses as something to make money from, not just to live in.

Having long provided mega double-digit returns for investors, investment in buy-to-let has outperformed all major asset classes in recent years, with total annual returns from buy-to-let property hitting 12% in 2015 or £21,988 in absolute terms. But where are the best (and worst) rental yields currently achievable?

The new TotallyMoney Buy-to-Let Yield Map highlights the UK’s buy-to-let hotspots providing both an interesting insight into the market and a useful tool for buy-to-let landlords.

The research, which analysed 137,955 rental properties and 303,822 properties that were marketed for sale online on the 1st of October 2016, reveals a clear geographical divide between the North and the South of the country with northern regions coming out on top and the South East showing particularly poorly.

Nine out of the 10 highest yielding postcode districts are in Scotland and the North/Midlands regions.

The 10 lowest yielding postcodes, with the exception of Edgbaston and Holland Park in Birmingham, are all in Greater London, the South East and the South Coast.

... and the losing postcodes:

Post-Lockdown league table shows where to find the best yields ...

A new league table from comparison website Rentround shows how the...