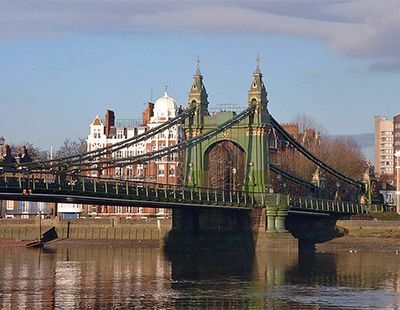 A man has been sentenced to almost three-and-a-half-years in jail after being found guilty of remortgaging his elderly parents’ £1.5m house in Hammersmith, west London, to fund his own buy-to-let portfolio, according to a report in the London Evening Standard.

Nicholas Leroy Forrestver, 50, conned his father into signing papers for a £300,000 loan on the six-bedroom family home in Hammersmith in 2006, and subsequently used the funds to acquire three buy-to-let properties in east London.

However, his 83-year-old father Ivor took his son to the High Court to remove his name off the family home deeds, and then gave evidence against him during a criminal trial.

Forrester denied obtaining a money transfer by deception, but was found guilty by a jury at Isleworth Crown Court following a five-day trial.

He also pleaded guilty to wrongly claiming £10,000 in benefits while earning income from the rental properties.

Judge John Denniss told him: “Your behaviour as far as your father’s property was concerned was profoundly dishonest and false representations were used towards your father and almost certainly your mother.

“It was well-planned, taking advantage of vulnerable individuals.

“You became fixated with the opinion that this house was your house and when the equity rose you were determined to strip it out to pursue your own commercial ventures, which did not go well.

“Your family has now effectively rejected you and your father feels let-down by you and defrauded.”

The court heard that a High Court order has put the family home back in his father’s name, while Forrester’s buy-to-let property portfolio has now been repossessed.

Sam Bonner, defending, said Forrester was “very stressed and extremely remorseful”, adding that the incident had “taken a toll on him physically and mentally as well as financially”.

But his father has still been saddled with £1,100-a-month repayments of the loan wrongly taken out by his son, the court heard.

Forrester, of Perham Road, West Kensington, must serve at least half his sentence before being considered for release.

When letting a property, many of us turn to letting agents...

A London based letting company has been fined £20,000 after issuing...

A member of Labour’s London Assembly has warned that “Boris Johnson’s...

A tenant found in possession of drugs initially tried to pin...