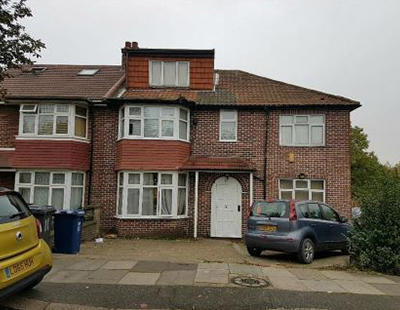 A Cricklewood landlord who was ordered in September to pay more than £700,000 after he breached Barnet Council’s planning enforcement rules has had his rental property prepossessed. It will be sold under the hammer this week.

Saied Rahmdezfouli was refused consent in 2006 to convert his semi-detached house at 11 Quantock Gardens, Cricklewood, NW2, into nine flats. But he opted to press ahead with the conversion anyway and subsequently rented out the flats despite the fact that they were ‘substandard in size and poorly designed’.

Following lengthy investigations and court proceedings at Wood Green Crown Court, Rahmdezfouli was ordered to pay back the record-breaking amount.

If the unscrupulous landlord fails to pay the money in full by the end of this month, he faces a prison sentence of up to five years and four months.

But it would appear that Rahmdezfouli has struggled to raise the necessary funds and as a consequence has now had his north London property repossessed. 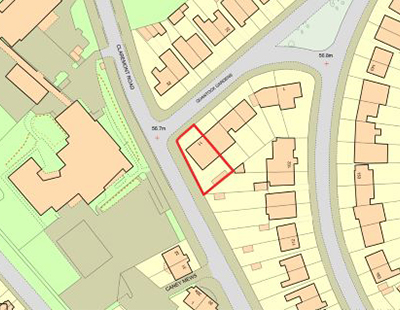 Countrywide Property Auction was instructed by LPA Receivers to sell the house in Cricklewood on Friday and it was yesterday added to the auction catalogue at a guide price of £675,000 ahead of this week’s sale in London.

The six-bedroom house is currently tenanted on an AST until February 2017 which Countrywide states offers ‘great potential for all investors and buy-to-let landlords’, but there appears to be some confusion over how much rent is currently being received.

The property description in Countrywide’s catalogue says that the property is generating £4,500 a month in rent, which works out at £54,000 a year.

The house on Quantock Gardens will be sold on Thursday 8th December as part of a 62-lot catalogue at Le Meridien Piccadilly in London’s West End. The auction starts at 1pm.

Barnet Council has issued a stark warning to the 2,000 landlords...

New licensing scheme to cost landlords upwards of £650 a year ...

A new additional property licensing scheme has been introduced this week...

Landlord may need to convert flats into houses after failing to gain consent ...

A landlord who converted a house in north London into flats...