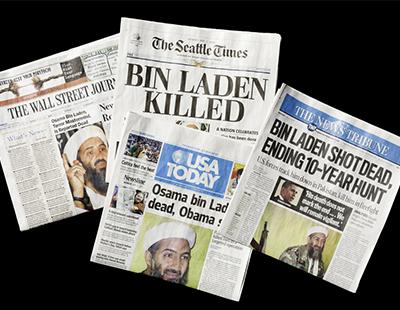 Bakr Mohammed bin Laden, the brother of Al-Qaeda founder Osama bin Laden, has been revealed as one of Scotland’s wealthiest buy-to-let landlords.

It has emerged that Woodside House, an exclusive student accommodation development in Glasgow, is among a major global property portfolio owned by the Saudi tycoon’s company Estates Ltd, a subsidiary of SBG (Saudi Binladin Group), one of the largest construction firms in the world.

The 68-year-old bin Laden is rarely seen in public and keeps a very low profile.

The luxury student property development, which features 91 units costing tenants up to £13,000 a year to rent, was opened earlier this year on a site believed to be worth in the region of £1.5m in the well-heeled Glasgow neighborhood of West End.

He continued: “To suggest that SBG, which is also one of the largest investors in property in the world, and by proxy Kelso Estates Ltd, is somehow an inappropriate company is unfounded and highly misleading.

“We at Collegiate have undertaken due diligence, as we do for each and every site we operate, and are entirely satisfied with the ownership credentials of Woodside House.”

“Woodside House is just one of SBG's extended group of global property assets and we are very comfortable to be working with the owners of the building to deliver exceptional accommodation Glasgow's student community.”

Bakr Mohammed’s younger brother Osama bin Laden, the founder of terrorist group Al Qaeda, responsible for the 9/11 attacks, was killed in Pakistan in 2011.

A man who is currently serving six years in prison for...

Elaine Kellington from Kelso in the Scottish Borders has been named...

Rogue letting agent jailed for ripping off landlords and tenants ...

An unscrupulous letting agent has been jailed for two years for...