The UK is facing a chronic shortage of homes to rent, chartered surveyors have said, largely because of tax changes for landlords.

At least 1.8 million more households will be looking to rent rather than buy a home by 2025 mainly because of rising house prices, the Royal Institution of Chartered Surveyors (RICS) claims.

Buy-to-let sales have been falling in recent months due to the introduction in April of the 3% stamp duty surcharge for those acquiring second homes and buy-to-let properties. In Scotland, the equivalent levy - the Land and Buildings Transaction Tax (LBTT) – was also increased in April.

With fresh research by RICS revealing that 86% of landlords do not plan to purchase more properties to rent out this year, the trade body is now calling on the government to offer tax breaks to encourage building and investment in the private rented sector (PRS).

Jeremy Blackburn, head of policy at RICS, said: "It’s time for Theresa May to get out her hard hat. We are facing a critical rental shortage and need to get Britain building in a way that benefits a cross section of society, not just the fortunate few."

The number of UK households renting property rose from 2.3 million in 2001 to 5.4 million in 2014, increasing the need for significantly more homes to let in the PRS, according to RICS.

But rather than encourage buy-to-let landlords to purchase more properties to help provide the much needed private rental housing this country needs, the government plans to cut the rate at which higher rate taxpayers could claim relief on their mortgage interest payments. The change, which will be phased in from April 2017, means that by 2021 only relief of 20% will be available. This will undoubtedly deter more people from investing in the PRS.

RICS suggests that the buy-to-let taxes now be reviewed and the recent stamp duty hike reversed to support further investment into the sector. 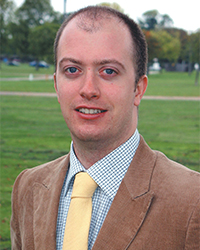 Blackburn (right) added: “The Private Rented Sector became a scapegoat under the previous prime minister, and because of that it suffered. Yet with increasingly unaffordable house prices, the majority of British households will be relying on the rental sector in the future.

“We must ensure that it is fit for purpose, and the government must put in place the measures that will allow the rental sector to thrive.”

Landlords fined for renting out unlicensed properties in Blackburn ...

No fewer than seven landlords have been fined thousands of pounds...

Rents to rise faster than house prices in next five years, says RICS ...

A north London estate agents has reported an increase in investors...