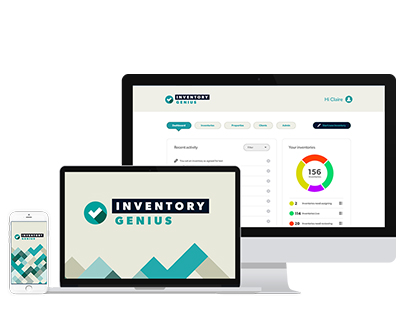 A new web-based inventory software system called Inventory Genius, designed to take the hassle and legal pitfalls out of the inventory process for buy-to-let landlords and letting agents alike, has been launched.

To help enjoy a risk-free tenancy, it is generally good practice for a landlord to have an inventory, which records the condition of the property with written notes, photographic evidence, as well as details of the contents, including fixtures and fittings.

As well as being used as evidence in a tenancy dispute, a detailed and precise inventory completed at the start of the tenancy, and again when the tenancy ends, also underlines exactly what is expected of the tenant, while it can also help landlords avoid a disagreement with tenants in the first place.

Inventory Genius is the brainchild of property manager Rachel Hudson, who claims that the new software, which automatically highlights any changes between the original document and the check-out inventory indicating any changes to the property since the tenancy, has been designed to address the faults found in a range of other existing online inventories.

She commented: “An inventory is just as important as the original tenancy agreement in its own right, as it catalogues the condition of the property and the contents that were provided originally. It is vital that it is filled out correctly with the right contents and I have designed something that meets these requirements.”