There was a sharp increase in new rental properties listed in October, mostly in major towns and cities, according to fresh market analysis.

Following a slow September, 66.3% of UK towns and cities saw a leap in listings of rental properties, research by Property Partner has revealed.

Overall, the property crowdfunding platform found that the rental market rebounded in October with a 11.4% month-on-month rise in the volume of new properties being advertised to let.

The study identified 89 UK towns and cities, analysing the number of new rental properties being advertised between 1st October and 28th October, and then comparing it to the corresponding period in September.

Three other cities also experienced a sizeable increase with a three-figure boost in new buy-to-let properties coming on to the market; Newcastle-upon-Tyne, Sheffield and Leicester saw supply rocket up 194% (total of 3949 rentals), 134.6% (2,484 rentals) and 125.4% (1,562) respectively.

By contrast, new rental stock in London was somewhat more subdued. Buy-to-let listings dropped by 3% in the capital following a steady increase of 1.4% in September.

The following table shows the 20 UK towns and cities that saw the biggest increases in new rental supply in October.

Dan Gandesha (below), CEO of Property Partner, said: "After last month’s lower than expected figures, October’s surge in new buy-to-let listings is reassuring. Instead of September heralding in a new era for depressed rental levels - as some predicted - it’s instead starting to look like the market was caught by a prolonged summer lull. 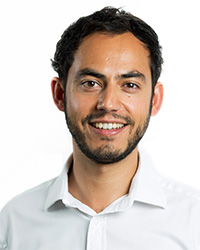 “A quarter of homes bought over the summer months were either BTL or second homes, according to the HMRC, and this new rental stock is now finally hitting the market.

“Landlords have had to grin and bear a barrage of bad news - a hike in stamp duty, cuts in mortgage interest tax relief, and tougher lending criteria. Profits have shrivelled especially in the South East, and a recent forecast of rents across the UK rising faster than house prices over the next five years, is hardly surprising.

“Many traditional landlords though will be feeling the pinch and perhaps doubting if it’s worth the hassle, particularly in the South East.  If significant numbers of investors start selling up then rental supply could be negatively affected.

“By the New Year, we should have a better indication of how buy-to-let investor confidence is faring after the uncertainty of this year, but in the short term, October’s buoyant figures are encouraging.”