By Aaron Cambden
< Back 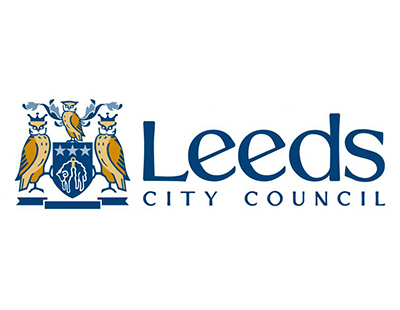 Landlords are not responsible for paying council tax on a property when a tenant moves out before the end of a tenancy agreement, according to an Appeal Court ruling passed earlier this year.

However, landlords all over the UK could still be paying for council tax on their properties that have been vacated by tenants before the end of the contract because certain local councils are still not recognising this Appeal Court ruling, some months after it was passed.

As a letting agent, I encourage all landlords to be aware of this significant Appeal Court ruling and to question requests for the payment of council tax on vacated properties going forward.

The statutory appeal was brought against a decision made in January 2016, which saw Leeds City Council demand council tax for five properties from landlord Mr Broadley for periods when the properties were empty but the contracts had not been formally ended by either the tenant or landlord.

Months later, the Appeal Court heard Leeds City Council v Broadley and ruled that landlords are not responsible for paying council tax on a property when a tenant vacates before their tenancy agreement has expired.

The Residential Landlords Association (RLA) intervened in the case via written submission and stated that the tenancies in question were contractual periodic tenancies following a fixed term, while Leeds based its argument on the claim that a single tenancy cannot be both a fixed term and periodic.

The landlord, Broadley, argued that the contract created a single tenancy of a six month term and continuing thereafter as a monthly tenancy, therefore having the same effect as a fixed term assured shorthold tenancy.

Mr Justice Edis in the High Court ruled that the liability for the council tax remained with the tenant, rather than the landlord; the tenancy agreement in question did not offend against the uncertainty rule. You can read further details of the High Court hearing here.

In early November, one of the landlords on my books was asked to pay council tax after their tenant, who was on a Periodic Tenancy, moved out of a Nottinghamshire property before the end of their notice period.

This request came months after the Appeal Court ruling that stated that the tenant would be liable for the payment in this scenario, being on a Periodic Assured Shorthold Tenancy.

When questioned on their request the local council cited the original Leeds City Council v Broadley case, dated 27th January 2016, as reason for their request for payment from the landlord; the Appeal Court ruling was not accounted for.

Given this scenario, landlords should make themselves aware of the Appeal Court case ruling to avoid similar scenarios. It’s also a good time for landlords to consider doing the following:

+ Reviewing processes for requesting and receiving written confirmation of any communication.

+ Increasing tenant understanding of the vacation procedure and making sure that this laid out in writing.

+ Refamiliarising themselves with the laws surrounding specific tenancy agreements.

+ Questioning more: don’t always believe what you are told and if you are not sure about something, do your research.

A number of months have passed since the Appeal Court ruling and a number of questions remain. How many landlords have unnecessarily paid council tax during this period? And is there any way that these costs can be claimed?

Aaron Cambden is the owner of Fairview Estates, based in Nottingham.

Last week’s High Court ruling that only parliament could start the...