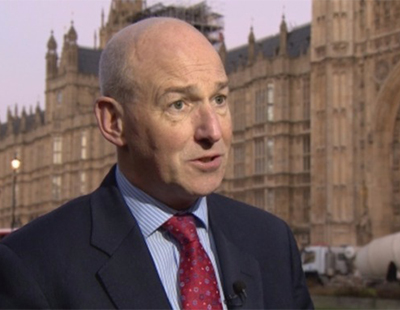 Stamp duty should be coughed up by those selling their home rather than purchasers as this would boost property transactions, while also helping more first-timers to get a foot on the housing ladder, it has been suggested.

Carlisle MP John Stevenson is urging the government to consider reforming the unpopular tax to make it payable by sellers rather than purchasers.

It was reformed two years ago to make it cheaper for people buying property worth less than £937,000.

A 3% surcharge was introduced earlier this year for anyone buying an additional home, including a buy-to-let property.

The MP believes that making a seller pay the same rates would increase the number of transactions and help young people to buy.

“Stamp duty should be flipped and rather than have the buyer pay it, the seller should pay it. The Exchequer would raise the same amount of money,” said Stevenson.

“Somebody who is downsizing is in a better position to pay and if someone has died the estate is also in a better position to pay,” he added. “There is a financial argument that this will do nothing for the price of property because buyers will just increase the price of their property – that may or may not be the case – but people will be able to cover this because mortgages cover the purchase price but not the additional costs of buying.”

The Conservative MP first raised the idea in 2012 but it did not receive the support of then chancellor George Osborne. Now, he thinks it is time to revisit the idea to give chancellor Philip Hammond time to consider reforming the levy ahead of next year’s Budget.

Stevenson’s initiative has received support from Yorkshire Building Society, which has previously claimed that it would remove the tax burden entirely for more than 225,000 first-time buyers each year.

Research by the building society also shows that almost two thirds of aspiring homeowners would be more likely to buy if they did not have to pay stamp duty and that the proposed change would save the average buyer £3,791.

Andrew McPhillips, the society’s chief economist, said: “Saving enough to pay stamp duty adds to the overall difficulty of buying a home. It is hard enough for buyers to find the right property in the right location without the need to pay additional fees and taxes, given the scale of house price inflation in recent years.”

He added: “Reducing any of the costs such as stamp duty for first time buyers and those moving up the ladder would help to make homes more affordable for many, enabling more people to realise their homeownership aspirations.”

Tax changes could lead to a surge in BTL landlords selling up ...

There could soon be a sharp rise in the number of...