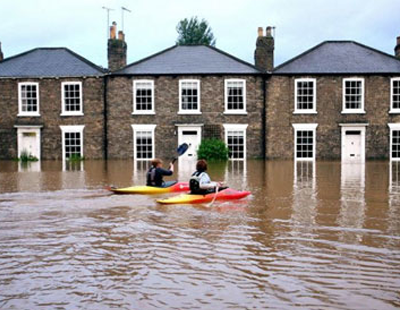 A tax body has warned that flood-hit landlords could come a cropper when new rules about tax relief on expenditure by landlords when replacing furniture and other domestic items come into effect.

The Association of Taxation Technicians (ATT) is calling on HMRC to issue detailed guidance on the new rules.

ATT’s comments are included in its response to draft legislation published by HMRC which is designed to give relief for the cost of replacing furnishings to a wider range of property businesses as well as lead to a more consistent and fairer way of calculating taxable profits.

The new rules, which will apply from April 2016, permit a tax deduction for the cost of replacement furniture, for example, but, as drafted, they contain many terms which could create confusion. HMRC has promised to publish guidance on certain aspects but ATT has highlighted other areas where clarity is needed.

Michael Steed, president of the ATT, said: “In general, we welcome the new rules which are more logical than those they replace but if they are to work efficiently they need to be much clearer.”

In its response, the ATT has identified a range of detailed questions which landlords will need answers to before they have to apply the new rules. Examples of the type of question are noted below:

“Questions like those we have identified are likely to arise for many landlords at one time or another. For someone who has to refurnish a whole house - for example because of the recent flooding - all these questions could come at once. It is vital that HMRC publish guidance before April so that there are some answers to the questions,” said Steed, “The ATT would be pleased to assist HMRC in the preparation of clear guidance.”

Landlords advised to wait until April to replace furniture ...

Landlords should wait to replace furniture in let properties until 6...

Tenants asking their landlords to do anything more than the most...

Half of landlords affected by removal of wear and tear allowance ...

Almost half (47%) of landlords will be affected by the removal...