Small-scale landlords with mortgages on their buy-to-let properties are being urged to fight back against unjust mortgage tax relief changes by joining a campaign against the cuts.

The existing rules that permit landlords to offset all of their mortgage interest against tax will, from next year, be phased out, and by April 2020, once they have been withdrawn altogether, it is likely that higher-rate tax payers will only receive 50% of the relief they that currently get.

The curb on the amount of tax that landlords can claim back on their property investments, which were announced by Chancellor George Osborne in the July Budget, could mean buying and renting out property is no longer viable for many.

Attempts to reclassify mortgage interest as anything other than a normal business expense could have a disastrous impact on the buy-to-let sector, with higher expenses passed on to tenants.

According to Treasury forecasts, the tax relief changes will net it close to £1bn a year by 2021.

Campaigners are trying to raise a £300,000 war chest in a bid to launch a judicial review against the restrictions.

Anyone pledging more than £100 will be entitled to claim at least one complimentary ticket to a campaign rally being held in London on Thursday 9th June.

Cherie Blair MBE QC has thrown her weight behind the campaign. Her law firm Omnia Strategy sent a legal letter to the HMRC in February stating the changes breach landlords’ human rights. She believes the campaign has a reasonable chance of success. 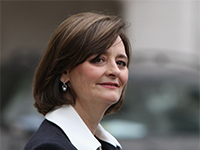 The legal challenge is also being backed by landlords Steve Bolton and Chris Cooper.

Cooper is a part-time landlord who is using buy-to-let as part of his pension, while Bolton owns around 20 residential and commercial properties. He is also the founder and owner of Platinum Property Partners, a buy-to-let specialist with a portfolio worth a total of £200m. 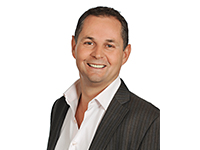 In a statement to landlords the pair said: “With your continued financial backing and support, we plan to take the Government all the way to court and fight the strongest case that we can.

“Please spread the word far and wide amongst your community, especially fellow landlords, tenants, letting agents and others who will be adversely affected by this ludicrous legislation.”

The two landlords behind a campaign to seek a judicial review...

Landlords represented by Cherie Blair have failed in their legal battle...