The decisive result of last month’s general election has sparked a surge in housing market...

MPs are being encouraged to ensure EU citizens with settled status can continue to rent...

The minister for local government, housing and planning in Scotland, Kevin Stewart, has received a... 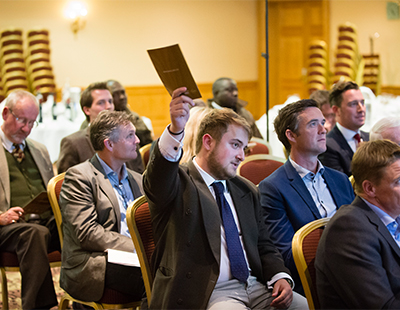 Almost 2,000 bidders attended Allsop’s sale at London’s Cumberland Hotel, where 190 of the 247 lots offered for sale were snapped up – 77% sales success – raising £63.3m. Demand was high for property investment opportunities, particularly in London and the South East.

Auctioneer, Gary Murphy commented: “This was an exceptional day. We were expecting the sale to be strong. But the depth of demand and furious competition for many lots actually took us by surprise. It’s clear that London remains top of many investors’ lists. And whilst recent stamp duty increases may be unwelcome, these are simply an additional cost, at the end of the day. As long as the sums still work, buyers are there to do battle.”

As usual, the Allsop offering provided a very broad selection of stock - both geographically and by sector.

The auction featured a wide range of properties, including plenty of development opportunities ranging from small sites and houses to substantial office buildings with Permitted Development Rights (PDR) for conversion to flats.

Murphy said: “Housing is in short supply and would be first time buyers are finding it so difficult to put a foot on the ladder. With renting the only option, buy to let is increasingly attractive to investors. Buyers I have spoken to have not been fazed by the chancellor’s attempts to cool the market with tax changes. The result is rising capital values and this has fuelled demand for development opportunities. The sweet spot seems to be individual homes up to £800,000 in the South East.”

A number of buy-to-let investors continue to acquire properties under the...

Auctions are a great way to acquire property competitively, with a...

The phasing out of mortgage interest relief and tougher mortgage lending...