Mortgage lending continued to slow last month as would-be investors are put off buy-to-let by the rise in stamp duty costs, the latest figures show.

The rush of investors buying before April’s stamp duty hike caused a temporary spike in buy-to-let mortgage loans, as landlords took out a total of 45,000 loans in March - up 14% year-on-year - according to data from the Council of Mortgage Lenders.

But as anticipated, the trend now seems to have been swiftly reversed, as reflected by the latest lending statistics.

Figures from e.surv reveal that house purchase lending activity fell to a 12-month low in May, as fewer buy-to-let landlords acquired property.

“A lull in buy-to-let lending following April’s stamp duty changes has added to the calming in the market,” said Richard Sexton, director of e.surv chartered surveyors.

It follows monthly declines of 5.8% in April and 3% in March meaning the number of loans have dropped by 10.5% over the last three months.

Aside from the large drop in buy-to-let, e.surv believes that uncertainty around the looming EU Referendum may be deterring many would-be buyers and lenders as they adopt a wait and see policy. 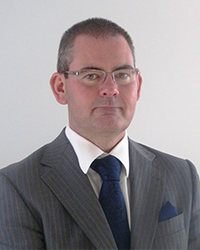 “The EU referendum is causing some nervousness within  financial circles and bringing new unknowns with it. This  political milestone could impact the UK’s economic outlook  and slowing growth could pose problems of its own for both  lenders and borrowers,” Sexton (left) added. “Faced with  this uncertainty, it’s perhaps no surprise that home lending  levels are falling slightly.”

Buy-to-let mortgages need to ‘support the role of landlords’ ...

April’s stamp duty increase for buy-to-let investors is already having an...

The UK Purpose-Built Student Accommodation Sector (PBSA) has grown by a...

Remortgaging activity has surged in recent weeks as homeowners, including buy-to-let...