London has become one of the most expensive cities in the world to rent a home, prompting a leading trade union to call for the introduction of New York-style rent controls on landlords to help keep costs down.

The GMB is calling for the introduction of rent controls and security of tenure to help solve Britain’s growing housing crisis, especially in London, where the problem is most acute.

Fresh research by the general trade union shows that the average cost of renting a one-bedroom house in parts of the capital has soared by more than 50% in the past five years, led by gains in Hounslow where the average rent has increased from £825 a month to £1,248 since 2011.

The GMB said average rents for two-bedroom properties in London rose by 25% to £1,500 a month between 2011 and this year. 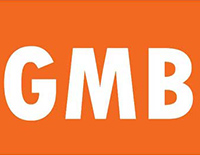 Speaking at the union’s annual conference in Bournemouth  this week, Warren Kenny, senior officer of the GMB, called  for the Commons public accounts committee to launch “an  urgent inquiry” into the housing crisis.

He commented: “These figures show that the housing crisis in London is getting worse as rents soar under a Tory Government.

“Rents in one borough for basic accommodation soared by over 50% at a time when wages are frozen or being cut.

“These soaring rents coincide with the explosion in the size of the private rented sector and the growth in the billions of taxpayers’ money paid in housing benefits to private landlords.”

New research by the GMB trade union shows that rents in...

Expensive rents in London highlights ‘squeeze on workers and their families’ ...

Significantly more homes urgently need to be developed for the private...