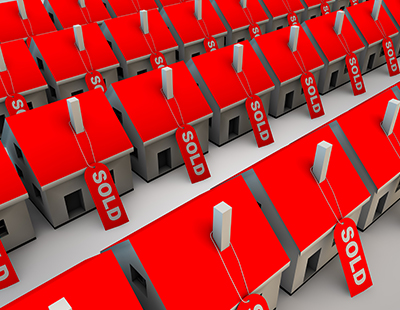 There was a notable decline in the volume of new rental properties listed by landlords in May as the recent stamp duty hike deterred buy-to-let landlords from the market, new research shows.

With fewer landlords adding to their portfolios as a consequence of the new 3% stamp duty surcharge, the number of new properties listed by landlords to rent fell by 5.7% in May, according to crowdfunding platform Property Partner.

Following the rush to acquire property in the run-up to the stamp duty deadline on 1 April, there was a sharp rise in the number of rental properties on the market in April, but with fewer landlords buying property there was a 15% fall in new rental listings last month.

The number of properties available to rent dropped in 91% of the towns and cities analysed in the survey, led by Worcester where the supply of rental homed plunged by 42.6%, following a near 50% rise in new listings in April. In Bedford, there was a 41.7% fall in new listings in May compared to the previous month.

“As anticipated, the rush of investors buying before April’s stamp duty hike caused a temporary spike in rental supply, which now seems to have been swiftly reversed,” said Dan Gandesha, CEO of Property Partner.

Given that new rental listings in May had fallen by almost 6% on March, before the surcharge spike, Gandesha said it was inevitable that with high and rising demand, any prolonged fall in rental supply would only have negative consequences for tenants.

He continued: “It’s likely that rents would increase as landlords, facing less competition, pass on their additional purchase costs to tenants.

“A lack of available properties would also force more tenants into accepting poorer quality accommodation, particularly in areas with an acute shortage of stock.

“June’s figures will show whether this is just a market adjustment, or something more fundamental. It’s unfortunate timing with the EU referendum just two weeks away [June 23].

“But April’s stamp duty changes are just the first in a series of additional costs being piled on traditional buy-to-let. In the longer term, the private rented sector must be professionalised, to provide Generation Rent with enough good quality homes at rents they can afford.”