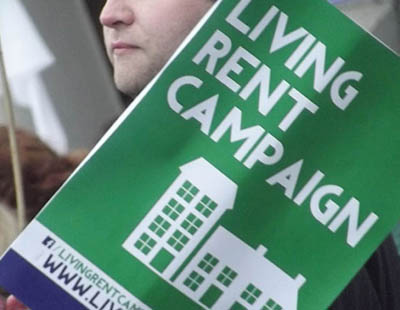 Private tenants north of the border have come together to launch Scotland’s first national union for people living in the private rented sector to ‘counter-balance’ landlords’ industry bodies.

Run for and by tenants, Living Rent will provide support for renters and campaign for better housing in Scotland. Tenants hope that the union will help offer a better balance in the housing debate in Scotland which they claim has been dominated by landlords’ industry bodies.

The union, which will provide advice and support for individual renters, aims to represent private rented sector tenants in a housing market that has seen rapid decrease in house ownership and socially rented housing. 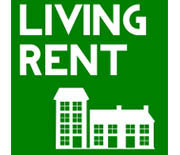 Andy Wightman MSP has lodged a motion in the Scottish Parliament to congratulate Living Rent on its launch, while the union has been endorsed by a number of high profile figures, including Douglas Robertson, Professor of Housing at the University of Stirling and member of the Scottish Government Private Rented Sector Strategy Group.

Roberston said: “In all tenancy matters a strong and vigorous private tenants association – as is common throughout Europe, given the higher proportion of such rented properties – is a critical component.

“Having tenancy rights defined in law is all well and good, but they can only function if people have the confidence to use them. A strong democratic tenants’ body is critical to ensuring such confidence.”

Living Rent has evolved from the success of the ‘Living Rent Campaign’, which saw tenants across Scotland campaign for rent controls and security of tenure.

Membership in Scotland’s tenants’ union starts at £3 per month, and is available to everyone renting their home, whether in the private or state sector.

The union will be led by a democratically elected board, with a national conference as its ultimate decision-making body.

Liz Ely, acting chair of Living Rent, commented: “Right now, too many landlords can get away with charging rip off rents for poor quality housing, and tenants are paying the price. The private rented sector is regulated like it’s just another business venture, but the reality is that hundreds and thousands of Scots rely on private landlords to keep a roof over their heads. We need real rent controls, proper regulations and representation for tenants.

“Over the past two years, we’ve heard countless stories of tenants struggling with sky-high rents, unsafe housing conditions, and illegal evictions. It doesn’t have to be this way – in many European countries, large, active tenants’ unions provide support to their members and negotiate housing policy at the local and national level.

“Housing isn’t a luxury good but a basic necessity – without strong safeguards and balanced policy-making, tenants will continue to struggle in a housing market that puts the interests of private profit first. Living Rent will work to make sure that every tenant in Scotland has a safe, affordable and secure home to go to.”

Panel recommends that short lets should be curbed in Scotland ...

Buy-to-let landlords in Scotland should not be permitted to use Airbnb,...

A new key insurance scheme has been launched for buy-to-let landlords...