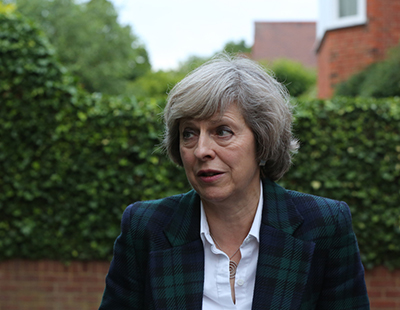 New Prime Minister Theresa May will undoubtedly have a number of things to do on her to-do list, but among the biggest immediate challenges is the need to restore confidence among buy-to-let landlords post EU referendum, according to letting agents Belvoir.

Pre-referendum uncertainty, combined with the former Chancellor George Osborne’s mortgage tax relief cuts, increased stamp duty for buy-to-let investors, stringent buy-to-let mortgage requirements and a lack of commitment to new affordable housing have collectively had an adverse impact on the rental investment market across many parts of the country, as reflected by the recent fall in buy-to-let property transactions.

Now that the referendum result has been decided, Belvoir report that there is a ‘back to business’ mentality among many landlords, reflecting the fact that property remains a ‘very attractive’ long-term investment opportunity, particularly for those with cash to invest.

However, in some areas continued uncertainty over the future of EU nationals in the UK is having a negative impact, according to Belvoir managing director, Dorian Gonsalves.

For example, over in Boston in the East Midlands, which was reported as being the most pro-Brexit town in the UK with 75% of the population voting to leave, thousands of EU workers remain anxious about their immigration status.

“We hope that the government will act quickly to resolve this uncertainty and reassure EU citizens about their future in the UK. This will also help to reassure those overseas landlords who are also expressing concern,” said Gonsalves.

Emma Falco, co-owner of Belvoir Peterborough, just 30 miles from Boston, admits that Brexit has certainly been a ‘hot topic’ for landlords and tenants, but whilst there is a lot of conversation surrounding it, it doesn’t seem to have deterred serious investors.

Falco said: “I think many still have the 2008 crash in their minds and are hopeful that they may be able to pick up a property bargain in the coming months if the market drops, as predicted. Now that property prices have risen back to their 2007 values many investors wish they’d had the confidence to buy when prices plummeted in 2008.

“In my opinion, investors should still consider property as one of the best places to put their money. For example in Peterborough, an average rental property would generate a landlord a 9% return on the capital they employ. Investors will not get anywhere close to this by leaving their money in the bank. Regardless of what happens to property prices in the short term, the demand from tenants is ever growing.”

There is no evidence of a mass exodus of landlords from...