A criminal landlord has been handed a fine of almost £40,000 after he was caught housing 24 tenants in a rental property suitable for just seven inhabitants.

Brent Council prosecuted Tilak Raj Sarna at Willesden Magistrates' Court, after it was discovered earlier this year that he was housing seven families, including 10 young children in a House in Multiple Occupation (HMO) in Wembley.

According to the authority, the landlord initially claimed his innocence before admitting to the offence after two days of cross-examination.

Not only were the tenants living in severely overcrowded conditions, but were also having to put up with a very poorly maintained property. 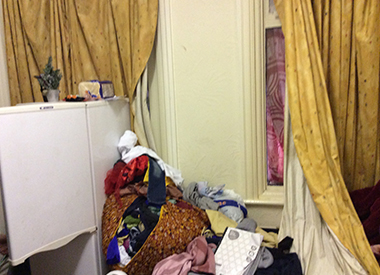 Upon inspection, officers found the  property to be infested with  cockroaches. There were overflowing  bins outside the property with cold  and damp found in several rooms.

The conditions were discovered in January 2016 when Brent housing enforcement offices made an announced visit to the property, which had previously been granted an HMO licence by the council. 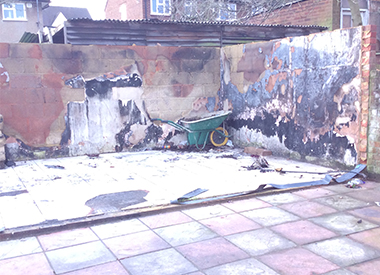 Brent Council also reports that six tenants were living in an unheated shed in the back garden of the property until it burnt down in October 2015 after a portable     heater caused a fire.

The landlord, Sarna, was hit with fines totalling £33,000 for overcrowding   and fire safety offences.

Mrs Anila Patel was also prosecuted for collecting almost £4,000 of rent each month on the landlord's behalf.

Brent Council says that all the tenants living at the property have since found alternative accommodation.

Councillor Margaret McLennan, Brent council's deputy leader, added: "Mr Sarna had housed a family in the garden shed and had grossly overcrowded the two storey property, leaving tenants in an unsafe, damp and cockroach-infested house while taking £3,700 off them each month for the privilege."

“As he had been granted a licence Mr Sarna knew exactly what was required of him, so we are very pleased that the court shared our view of the seriousness of the offences and imposed such severe penalties."

Earlier this week, a company was fined almost £14,000 for letting an overcrowded and poorly managed rental property which wasn't licensed.

A landlord has been found guilty and fined for fire safety...