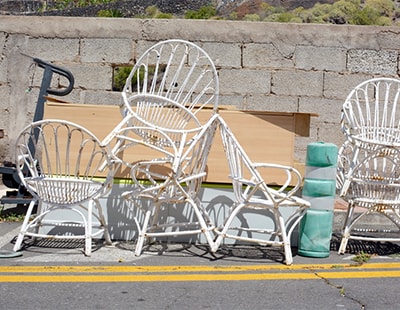 A rogue landlord has been ordered to pay £5,600 after rubbish from three of his rental properties was found fly-tipped in a lay-by on the A46.

John Hills, 47, of High Street, Binbrook, was fined £5,000 and ordered to pay legal costs totalling £620 after he confessed to dumping rubbish from his rental homes.

The rubbish was initially spotted by officers from North East Lincolnshire Council outside a property owned by Hill in Hainton Avenue, Grimsby, last October.

A few weeks later the same rubbish was discovered fly-tipped in a layby on the A46, near Irby upon Humber, along with more waste that included unopened letters addressed to two other properties owned by Hills.

Hills was interviewed under caution in March and admitted that he had dumped the rubbish.

Councillor David Watson, portfolio holder for Energy and Environment at North East Lincolnshire Council, told the press: “If you're paying someone to get rid of waste on your behalf, you must check that they are licensed to do so. Otherwise you can be held accountable under the Environmental Protection Act, yourself.

“In this case, the defendant didn't and he has been hit with a hefty fine for not disposing of his waste correctly.

“Fly-tipping is not only an ugly blight on our communities, the costs of cleaning it up can be huge – and ultimately it's the taxpayer that foots the bill for other people's irresponsible behaviour.”

A buy-to-let landlord in Immingham, near Gimsby, has been ordered to...