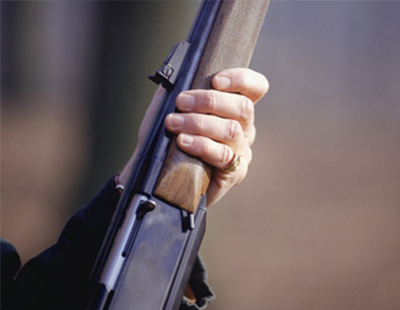 A landlord in Norfolk who flew into a rage and fired his 12 bore shotgun in the air before telling his tenants that they had just five minutes to vacate their rental property has been jailed for eight months.

Norwich Crown Court was told this week that Marcus Strong, 64, who had “lost control” after firing shots in the air, approached a couple who were renting a mobile home in the grounds of his home in Gunthorpe Lane, Briningham, Melton Constable, and warned them that they had only five minutes to get out.

Chris Youell, prosecuting, said that Strong assaulted the couple, both in their 60s, who were naturally concerned about what “he [the landlord] was going to do” given that he “had a gun in his hand”.

After being arrested and charged with assault, Strong admitted possession of a firearm with intent to cause fear of violence on Monday 4th July, as well as assaulting the couple and damaging property.

At the court hearing, Strong expressed remorse and described his behaviour as “wholly uncharacteristic”.

Judge Anthony Bate said he accepted that Strong had no previous convictions and had regretted his actions, but given that he must have caused his tenants “consternation and fear” he had no alternative but to sentence him to eight months in prison.

Michael Clare, speaking on behalf of Strong, said: “He cannot explain why he completely lost it. He accepts that he did and said he just wanted to make a noise.

“He is at a loss as to how this happened and escalated into such a serious incident.”

“The defendant knows his fall from grace will be particularly hard,” he added.

A letting agent responsible for managing a large buy-to-let portfolio in...

Landlord ordered to pay £29,000 for harassing two tenants out of their homes ...