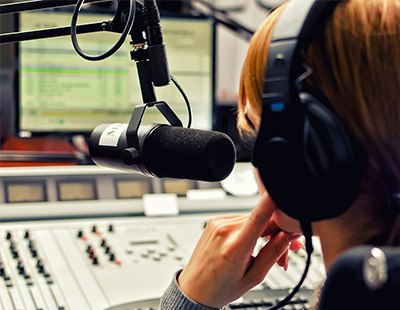 Private renting policy changes will undoubtedly challenge many private landlords, and could even drive some small buy-to-let investors out of the sector altogether, but to help provide you with practical advice, Hamilton Fraser, parent company to mydeposits, the Property Redress Scheme, Client Money Protect and Total Landlord Insurance, has launched a series of property podcasts that will now run throughout 2017.

The audio podcasts will be released monthly, covering the latest landlord, tenant and agent issues, as well as providing important information for listeners.

The half hour segments, which are available to download for free by clicking here, were initially planned to run from September 2016 to December 2016. However, the series will now run throughout 2017, giving listeners the chance to request topics they would like to hear discussed.

Eddie Hooker, CEO of Hamilton Fraser, commented: “The private rented sector has been through a tremendous amount of change in the last year, from Right to Rent and increased stamp duty to new HMO rules and changes in taxation.

“Landlords and agents have more responsibility now than ever before and we are increasingly concerned at a lack of awareness.  Ignorance is no defence in the eyes of the law. By working closely with Paul Shamplina, who regularly offers his expert advice to landlords and letting agents, we hope to eliminate bad practice, elevate those delivering good service and educate others in need.”

The 2016 podcasts, which are still available for download, have covered issues such as ‘Choosing a good letting agent’, ‘Dealing with a bad tenant’, ‘Student Lets, ‘Right to Rent’ and ‘A year in review and predictions for 2017.

Topics in the first quarter of 2017 will include tax tips, what to expect from the year ahead and a beginner’s guide to renting out your home.

Founder of Landlord Action and brand ambassador for Hamilton Fraser, Paul Shamplina, said: “Landlords and agents would be forgiven for feeling rather despondent heading into 2017. Over the last twelve months a deluge of changes to legislation means landlords are not only paying more on purchases and receiving less on income, but also being put at greater risk of facing fines for non-compliance.

“Agents have also been hit with a ban on letting fees for tenants. Adapting to the market changes will be key to survival for both landlords and agents and we hope to be able to support the industry through this time of significant change.”

‘Positive news’ for landlords and tenants as new CMP scheme is approved ...

Client Money Protect, part of the Hamilton Fraser group, has been...

Insurer warns landlords of scale of losses from tenant damage ...

An industry study suggests that landlords without insurance risk are losing...

There has been much debate in recent days about deposit-free renting...