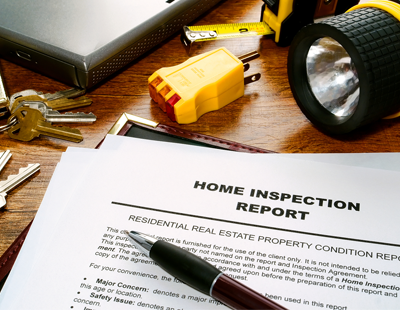 When a landlord let his property in Hartlepool to two cousins, he did not expect them to be sent to jail just over 12 months later for turning their rental home into a drugs factory, which included 23 large cannabis plants worth close to £10,000.

The landlord smelt the drugs from outside the property, after growing increasingly suspicious when he noticed the high electricity bill, and once he discovered the cannabis being grown in his property, he immediately informed the police.

This unfortunate incident reinforces the importance of periodic inspections throughout each tenancy, to ensure that the condition of your property is in a reasonable state and your tenants are complying with the tenancy agreement.

However, new research by Simple Landlords Insurance shows that a quarter of landlords go into their properties to conduct inspections once a year or less.

Simple Landlords Insurance expert Carl Ager, managing director of letting agent Big Red House and founder of the Home Safe Scheme, explained: “Unfortunately most tenants won’t be as invested in your property as you are - which means they probably won’t notice that leaking overflow pipe outside or, if they do, won’t bother reporting it.”

According to Ager, it is particularly important that inspections are undertaken at the start of a tenancy.

He continued: “You have to make sure those living in your property are who they say they are. Even if they initially came across as decent tenants – you need to go in to be really sure they’re not doing any damage, and not doing anything illegal - such as sub-letting, cultivating a cannabis farm, or even harbouring illegal immigrants.”

But inspections are not just about trouble-shooting, but also an opportunity to build relationships with your tenants, and show how responsive you are to their needs and queries.

Ager added: “A relationship of mutual respect means your tenants are more likely to look after your property and to stay longer - saving you marketing costs in advertising for another tenant and concerns over any void periods.

“Inspections are not something to be afraid of. Make sure you’ve written in you tenancy agreement how often you expect to inspect, so everyone knows where they stand up.”

A third of small private landlords plan to sell up as BTL crackdown bites ...

From a landlord’s perspective, it has been a tough couple of...