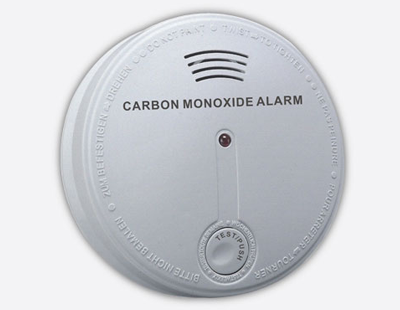 Carbon monoxide is a colourless, odourless, tasteless, non-irritant and therefore undetectable gas, which is why more than half of Britons would not be able to spot a household carbon monoxide leak, which is hugely concerning given that it is a killer.

A fresh study conducted by Certas Energy has revealed that 58% of Brits would not be able to spot the signs of a carbon monoxide leak, which partly explains why an average of four people are treated for carbon monoxide poisoning in the UK every day.

Some 80% of the 1,000 people surveyed stated that they knew carbon monoxide poisoning could be caused by a faulty boiler, and yet one fifth of respondents to the research admitted to having never checked their boiler to see if it is working properly.

The study also found that 39% do not have a carbon monoxide alarm fitted at home, which suggests that landlords need to ensure that their tenants are aware that it is their responsibility - and not their landlord’s - to provide a CO alarm.

Dr Sarah Brewer from ExpertHealthReviews.com said: “Exposure to carbon monoxide is the most common cause of lethal poisoning worldwide and can affect anyone in a confined space contaminated with fumes.

“You may feel like you have food poisoning or flu, but without a temperature. These symptoms will gradually get worse if you continue breathing the carbon monoxide, but will improve on breathing fresh air. Other people in the same environment will be affected too.

London is slowing as government works its way through Brexit negotiations ...

The market in London started to slow about three years ago,...

The government is pondering beefing up mandatory alarm requirements which landlords...

Call for action ahead of new Carbon Monoxide alarm laws ...

A lettings sector trade body is calling for action now by...