Many property owners agree to electronic communications operators, such as mobile phone companies, installing aerials and other equipment, for example on the roofs of their buildings. This can provide a useful source of income, although there has always been a downside to such arrangements. Forthcoming changes will reduce landlords’ revenue from these agreements and also leave them with less control over their properties.

What is the current position?

The old Code is going to be replaced by a new Code (of the same name) contained in the Digital Economy Act 2017. The new Code seeks to reflect the ever-increasing importance of electronic communications in our everyday lives by giving greater freedom to operators and is therefore more beneficial to operators, granting them even further protection than they enjoy under the old Code. Therefore landlords need to be aware of the impact this will have on them - in particular, they can expect to receive significantly less income from operators under the new Code, while retaining less control over their properties.

How are rights under the Code created? 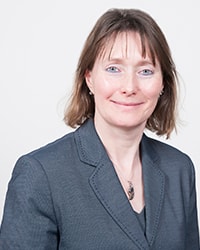 A landowner or occupier may enter into an agreement allowing an operatorto install electronic communications apparatus on its land, or operators may obtain a court order compelling entry into a Code agreement. Importantly, it is not possible to exclude the rights conferred by the Code from an agreement. Furthermore, rights conferred by the Code in general will bind future owners and occupiers of the land.

What are the key changes landlords need to be aware of?

Where assessing the value of land for a Code agreement, its use for electronic communications purposes will be ignored. The site value will be assessed based on its value to the landowner. This is aimed at putting electronic communications operators on a similar footing to other utilities. In addition, any impact on value of the rights granted by the Code will not be taken into account. This is likely to significantly reduce the levels of compensation landowners receive under new Code agreements, compared with old Code agreements.

The new Code gives operators an automatic right to share sites with other operators, provided certain conditions are met. This means that once a landlord has entered into a Code agreement with one operator, it generally cannot prevent that operator sharing its space with others. Furthermore, operators will have the right to assign their agreement to other electronic communications operators, subject to certain conditions. This means landlords will have less control over who occupies their land than under the old Code.

Operators will have an automatic right to upgrade their apparatus on a site provided certain conditions are complied with. An operator could install further apparatus on a site during the term of a new Code agreement, without needing to seek consent from the landowner. 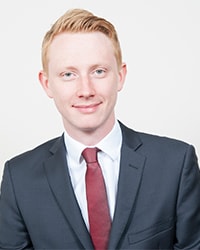 It was not clear how protection for operators under the old Code tied in with security of tenure under the Landlord and Tenant Act 1954 (LTA 1954). The new Code clarifies that where the primary aim of an agreement is to grant Code rights, LTA 1954 security of tenure rights do not apply. Less welcome will be that under the new Code, landowners will have to give notice much further in advance if they want to regain possession.

They must also comply with a specified termination process and then a further removal process. Landlords looking to redevelop land that is subject to Code rights should take early legal advice to maximise their chances of obtaining possession when they need it.

When will the changes come into force?

The government has indicated that the new Code is likely to take effect in December 2017.

What happens to old Code agreements?

Jonathan Cope is an associate and Louise Kellaway is a professional support lawyer in the real estate department of Stevens & Bolton LLP.

Three-year minimum tenancies – what are the legal implications for landlords? ...

Amid the headline-grabbing political manoeuvring over Brexit, a policy proposal which...

Landlord ordered to pay £5k for failing to improve condition of BTL property ...