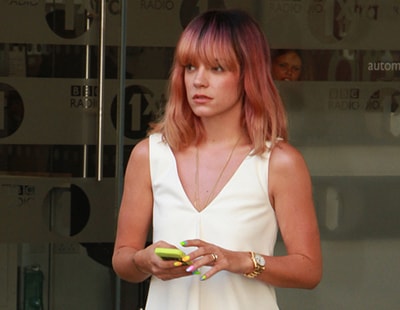 Singer Lily Allen has sparked an angry online backlash after claiming on Twitter that she is set to be homeless for Christmas because her tenants refused to leave a flat that she owns in London.

After promising to rent out her £2m flat in Notting Hill to refugees last year, diplomats moved in, who, according to Allen are now refusing to leave.

Allen took to Twitter to complain about the fact that her diplomat tenants refused to vacate the property, having claimed “diplomatic immunity”.

On Monday morning she tweeted to her near 6 million followers: “Meant to be moving back into my flat this week, but my tenants just dropped that they can’t find anywhere to go up to their standards.

“Then they said they’re diplomats and have diplomatic immunity and there’s nothing I can do about it.

Lily Allen's tenant, Maria, told MailOnline that she is “very sorry” she has the singer as her landlord following the public spat, adding that she was “really astonished” by Allen’s claim that she and her three children were refusing to move out of her London flat.

She said: “I'm very sorry I had her as a landlord because all this has happened.

“We are still living here today but we are leaving.”

She added: “I’m really astonished. I don't know why she did this. We are diplomats. But I don't want to make trouble to our embassy. This is so stupid. I can't believe this.”

Asked if she had anything more to add, she said: “No because I would never sink so low.”

Allen's tweet resulted in a flurry of angry responses from her followers, with one branding her a ‘champagne socialist’ and others starting a ‘prayforLily’ hashtag.

There was a rise in the volume of housebuilding schemes started...