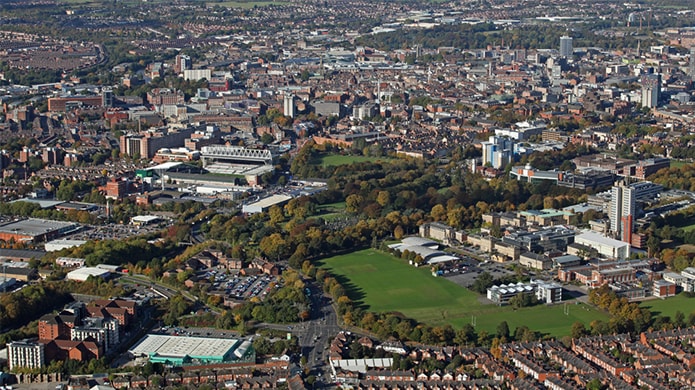 The rental market across England and Wales has enjoyed a strong start to the year, with rents rising in all but one of the eight regions analysed in the year to January 2017, the latest Your Move England & Wales Buy to Let Index has revealed.

The area with the fastest rising rents over the year was the East of England where the average rent now stands at an average of £870pcm, up 6.9% in the 12 months to the end of January. Rental price growth here was also the fastest on a month-on-month basis, with rents rising by 0.7% during January.

Other areas to see strong growth included Wales and the East Midlands, where rents rose by 6.5% and 4.5%, respectively.

The average rent in Wales now stands at £586pcm, while the average rental property in the East Midlands, which includes major cities such as Derby, Leicester and Nottingham, now rents for £634pcm.

London, where the most expensive properties in the country are located, saw rents fall sharpest in January, down 0.4% month-on-month, while rents in the North West, the only other area to see prices fall, dropped by an average of 0.1%.

Valerie Bannister, letting director at Your Move, said: “Rents in nearly every region surveyed have increased compared to the same point last year.”

Unsurprisingly, London was the region which offered the lowest rental yields, with homes in the capital returning 3.2% on their investment during January, down from 3.3% a month earlier.

In contrast, landlords in the North East continue to enjoy the strongest yields. Across this region the typical property returned 5.3% in January, the same as the October-December period.

Across England and Wales the typical return was 4.6% in January, which is marginally below the average yield of 4.7% recorded a month earlier. This figure is also below the 5.1% yield seen in January 2016.

Bannister added: “Yields continue to be squeezed in most areas of England and Wales, with all regions recording lower returns than at the same point a year ago.”

Where can you currently achieve the best buy-to-let yields? ...

Landlords seeking the highest buy-to-let yields in England and Wales may...