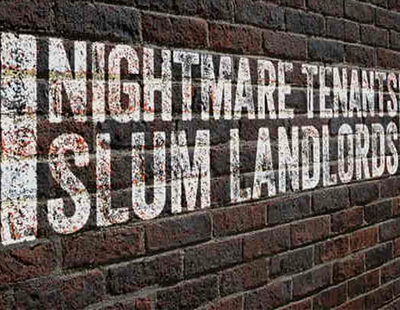 Following the success of the first two series, the third series of “Nightmare Tenants, Slum Landlords”, starts this Sunday.

The observational documentary highlights alarming tales from all sides of the buy-to-let system, drawing attention to stories of unruly tenants who refuse to pay their dues and rogue landlords who have failed to live up to their responsibilities.

The first show, which starts at 8pm, demonstrates one lady’s desperate fight to win back the home she was brought up in, from a woman she once considered a family friend.

Wendy Rose is from Bristol and was forced to call upon eviction specialist, Paul Shamplina of Landlord Action, to help evict her nightmare tenant who failed to pay the rent and owed almost £3,000.

Shamplina, who will once again be among the leading tenant eviction specialists featured throughout the new series, explained: “Wendy’s mother was seriously ill and needed to be moved into a nursing home. A friend asked if she could rent the house, which Wendy was delighted about as the rental income would help cover her mother’s care costs and the place would be looked after. Things didn’t quite go as expected for Wendy unfortunately and she needed help to get her family friend evicted from her home.”

“Renting to a friend or indeed a family member can cause problems if the correct procedures aren’t followed like with any other tenant. Regardless of the relationship, landlords need to understand the risks upfront as well as their legal obligations, and have clear methodical referencing in place.”

Commenting on the new series, Shamplina added: “This series sees me travelling up and down the country uncovering the struggles landlords are faced with when dealing with nightmare tenants, and vice versa in some cases. We also experience rogue letting agents – I even get locked in one of their offices!

“I believe this show really highlights the fact that there should be a centralised database that lists rogue tenants in order to help safeguard landlords.

“It’s all well and good that the government is trying to improve the industry by having a database of rogue landlord and letting agents available to local councils, but what about protection for landlords from bad tenants? Surely there needs to be similar safety measures in place for them also?”