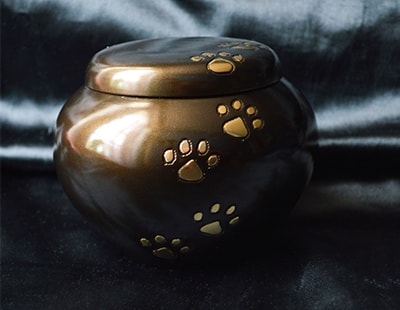 Forgetfulness is a problem for many people, but how many of us would leave behind an urn of pet ashes when moving out of a property?

New research, carried out by interiors specialist Hillarys, as part of ongoing research into the habits of Britons when it comes to property maintenance, has revealed some of the most unusual items discovered by landlords across Britain after tenants have moved out of their properties, with 89% of individuals polled stating that tenants ‘always’ leave something unwanted behind.

The results of the survey uncovered the objects or sights that landlords have discovered, including pet ashes, a collection of Betamax cassettes and a taxidermy beaver.

Among some of the other bizarre items left behind by tenants, there were 16 iPhone 4 boxes but no handsets, a collection of ‘classic car’ magazines hidden behind the toilet, a cupboard full of tinned food that expired in 1994, a windowsill containing more than 50 types of cactus plants, and a jewellery box full of human nail clippings.

Overall, the research found that the majority of tenants have left unsavoury items behind after moving out, with more than half of landlords claiming that tenants had left rooms with obvious damage, and 72% stating their properties had been left in an unhygienic or dirty state, leaving 59% of the 2,843 landlords polled with no alternative but to pay for a professional clean after their tenants had moved out.

Tara Hall, spokesperson for Hillarys, said: “People are always talking about how much money landlords must make from their tenants, but they forget about the headaches and trials some tenants will put their landlords through after leaving!”

One in three tenants happy to rent for life ...

A third of UK renters have no plans to ever buy...

Renters almost twice as likely to experience a pest problem in their home ...

Three fifths of Brits have experienced a pest problem within their...

Landlords offered chance to win £500 by exposing ‘tenants from hell’ ...

Buy-to-let landlords who have endured the misfortune of being lumbered with...

Just one in five of those renting get on with their landlords ...

Only a fifth of tenants get on with their landlords, according...