Landlords seeking the highest buy-to-let yields in England and Wales may wish to consider buying property in the North East, where the best returns of any area are currently achievable, according to the latest Your Move Buy-to-Let index.

In the year to April 2017, buy-to-let landlords in the North East typically received a rental yield of 5.2%, while those investing in the North West of England had the second highest return at an average of 5%. 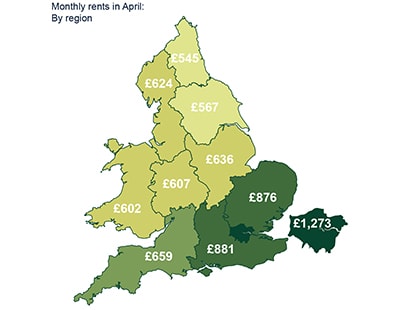 Overall yields are falling in England and Wales, down from 4.5% in March to 4.4% in April. The main reason for this decline has been a particular pressure on the market in the East Midlands. Here the average yield dropped from 4.4% to 4.1% between March and April, the biggest change recorded by the survey.

In London, where the cost of renting property dropped for a fifth month in a row in April, yields were lowest at 3.2%, followed by the South West at 3.3% and the South East at 3.4%.

Valerie Bannister, letting director at Your Move, said: “Recent years have been characterised by rapidly rising rents in London, with the capital steaming ahead of the rest of the country.

“That’s no longer the case as prices in London are trending downwards while the rest of the country slowly catches up.

“Yet falling rents in London should be seen in a wider economic context, with uncertainty caused by the snap General Election and the upcoming Brexit negotiations forcing the capital’s property market to take a pause for breath.”

“The strongest performing areas are now Wales and the East of England, prices in these areas have risen faster than anywhere else in the last 12 months.” 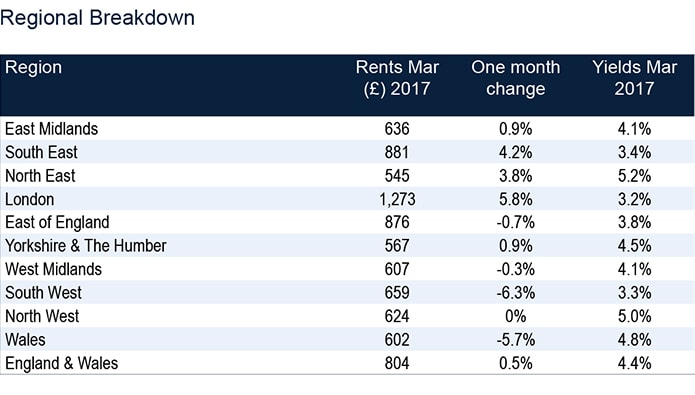 Rents are increasing fastest in the East of England ...

The rental market across England and Wales has enjoyed a strong...