In what is a welcome change to the landlord bashing articles often featured in the media, the Liverpool Echo has published a story showing the flip side of the coin.

An angry landlord has released shocking images of his rental property in Wavertree, Liverpool, showing a trail of destruction left by a ‘tenant from hell’.

Steve Parry, 55, a surveyor, has been left with a £6,000 clean-up bill after tenants, which had refused to leave for months on end, despite not paying their rent, trashed his rental property.

Perry, who described the situation with his now former tenants as a ‘living nightmare’, also ended up losing more than £2,000 in unpaid rent and £1,500 in court fees.

Despite a tenancy agreement which didn’t allow pets, he also said they had a large dog which had reportedly scratched several floors and “petrified” him when he went round.

Describing the appalling state of the property, Perry said: “The house was wrecked - it’s shocking.”

Perry decided to evict the tenant and their children after claiming she had fallen behind on rent, and he wanted to do up the property.

He continued: “She had failed to sort the rent out despite numerous promises, so I gave her two months’ notice to quit.

“I was then forced to serve two notice on her, which cost £200 each and she ignored. I had to get an order for possession in court, which I only got in the November.

“She was supposed to vacate by December 13, but despite everything I let her remain on agreement she would leave after the New Year.

“But she refused to move - saying she was looking for a new house. I had no choice but to pay for court bailiffs. She was finally removed this April.” 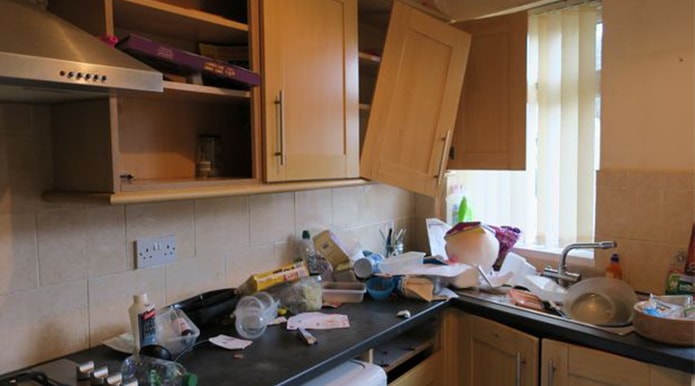 Perry said politicians had rightly started cracking down on bad landlords, but called for more action to protect good landlords from problem tenants.

“People assume you’re loaded as a landlord, but I haven’t made a bean I’ve had that many problems. All I’m hoping is the house value will be more than I bought them for,” he added. 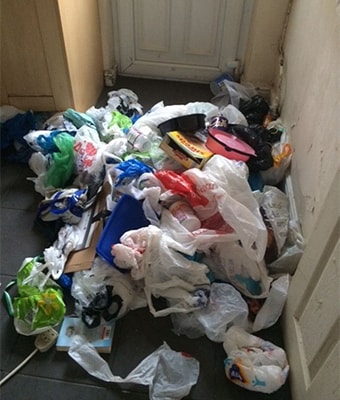 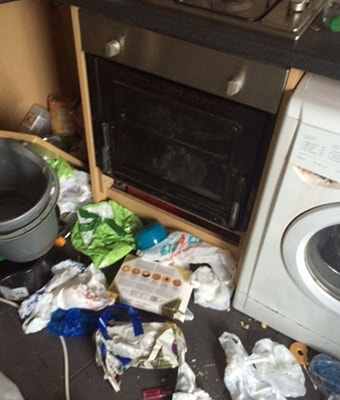 This unfortunate tenancy highlights why it is so important that landlords properly vet prospective tenants by carrying out background checks on the people they let homes to by referencing tenants, as this is when many potential problems can be identified and ultimately avoided.

Tenant referencing provides all the background information on prospective tenants, helping landlords and agents make an educated choice about who they let properties to and importantly their ability to pay the rent on time each month.

But while measures such as credit checks and tenant referencing can minimise the chances of letting a property to bad tenants, there are no guarantees that what may appear to be a perfect occupant turns out to be a tenant from hell, and that is why the importance of landlord’s insurance should also not be underestimated.

Insurers offer a wide range of different property-related policies and so it is certainly not a case of one size fits all. But the only way landlords can properly protect themselves and their investment property against bad tenants is to take out appropriate landlords’ insurance that differs from standard home insurance.

Landlords’ insurance is a policy that covers a property owner from financial losses connected with rental properties. The policy generally covers the building, with the option of insuring any contents that belong to the landlord that are inside.

New licensing scheme proposed to crack down on rogue landlords ...

A new licensing scheme designed to clampdown on unscrupulous landlords has...