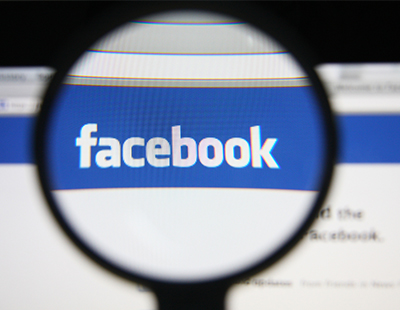 A couple in Plymouth have been scammed out of £1,200 by a fake landlord who copied and pasted pictures and details of a property from a listing from Martin & Co on Rightmove and published it on Facebook.

The post included pictures of every room, a full description of the property and further details on rent and bills.

Jenny told the local press: “The house was listed at £600 per calendar month including bills. It looked perfect.

“We got in touch at the end of August by commenting on the post.

“We didn’t get a reply straight away so we sent a direct message to the landlord on Facebook asking for more details.

“We got a message back giving us more details and letting us know that pets were welcome in the house – which was perfect for us.”

The imposter landlord then asked the couple if they wanted to arrange a viewing, but explained that the keys were currently with the letting agent so she could not let them into have a look around.

However, the couple were given the address and told to go and have a look at the property.

Jenny continued: “She [the fake landlord] said we could go and have a look at it through the windows to see if it was what we wanted.

“We went and had a look at it and it was exactly the same as the photos.

“We were very keen to find somewhere new and we liked it so we were happy to go ahead with it.”

The couple agreed to pay one month’s rent and one month’s deposit in advance to secure the two-bedroom property.

“We were sent a tenancy agreement which we completed and sent back. Everything seemed normal,” Jenny added.

However, she became suspicious when the phoney landlord asked the couple to pay £400 for maintenance that she had carried out at the property.

Jenny continued: “I was thinking, we shouldn't have to pay for maintenance, and this was even written into the tenancy agreement we had signed.

“But then she threatened to add the bills to the monthly rent – so we agreed.

“At this point we were getting wary, but we were so desperate to get out."

“We had made all of the other payments through online bank transfer, but this time she wanted us to use MoneyGram.

“We did attempt to make the £400 maintenance payment but MoneyGram wouldn't release it, thank god, until I spoke to them to confirm the details.

“Shortly after this, we decided to search for the property and came across it on Rightmove. That is when it all unravelled.

“We confronted the woman and she said that she didn’t like not being trusted and then blocked us."

Not only had the couple be conned out of money, but they had also handed in their notice to their existing landlord.

“Thankfully our current landlord allowed us to retract our notice,” said Jenny, “They have been brilliant throughout this ordeal and have really helped us.”

A crooked property manager who pocketed thousands of pounds in rental...

The owner of a three-bedroom house in west London has not...