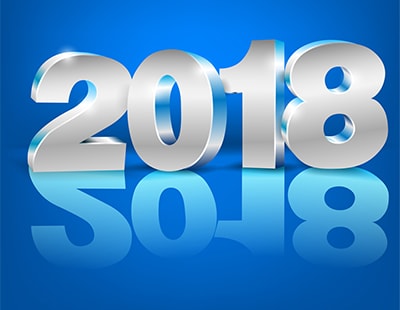 The buy-to-let property market is currently experiencing a wave of reforms, with the government looking to alter the way in which the market operates. With so many changes to regulations, taxes and also lending rules, it can be confusing for landlords to know where they stand going into 2018.

Portfolio landlords (those who own four or more buy-to-let mortgaged properties) are facing new PRA rules that are likely to have a significant effect on them and their investment portfolio. The Prudential Regulation Authority rules have been designed to provide tougher criteria for new investment lending, based on each aspect of your portfolio. If you are looking to make another investment, lenders will now be required to assess each aspect of your existing portfolio, and if even just one element of it is not succeeding, your application may not be granted.

Entering into 2018, you should look to keep all of your paperwork in check, displaying all of the key aspects to your investments, with up-to-date records. If you do have an underperforming property, it may be wise to sell the property before making your next investment.

In recent times, landlords were able to deduct the full amount of their mortgage interest costs from the income that they make, yet this figure has now dropped to 75% and is set to continue to drop over the coming years. The figure will drop to 50% in the 18/19 financial year, again to 25% in the 19/20 financial year and once again in the 20/21 financial year where a basic rate tax reduction will be given to landlords.

Non-portfolio landlords are able to reduce such issues by remortgaging their property, helping to save money on the interest that they have to pay. The current mortgage interest rates within the UK are substantially lower than previous years, therefore if landlords were to remortgage, they could get lower interest rates and receive less of a hit by the changes to tax relief.

Set to be introduced in April 2018, landlords are soon to be required to have their entire rental properties in line with the new standards, of which are part of the ‘Minimum Energy Efficiency Standards (MEES). This will require having an energy rating of at least an E, and failure to comply with this will mean that the property will be illegal to rent out and the landlord may receive a penalty of up to £4,000.

The Right to Rent legislation was initially introduced back in February 2016, requiring landlords to make sufficient checks into whether or not tenants have the right to live within the UK. Such checks should be made against all potential tenants, including British people, and this would include the use of passports or visas.  Should passports or visas expire during the term of their tenancy, the landlord should request an updated copy, further ensuring that they are still able to live within the country.

At this moment in time, it is currently down to the appropriate local council as to whether or not a landlord is obliged to sign a code of practice, and this has previously been debated as to whether it should be a UK-wide system. Some are currently only applicable to those landlords letting out HMO’s, but there are some areas that make them compulsory for all of their landlords.

There are approximately 300 councils within the UK that currently operate with a similar scheme in place, or are at least looking to introduce one. With this in mind, you should look to see if you are likely to be effected by this, as there are potential fines to be faced with.

With recent announcements stating that the Funding for Lending Scheme and the Term Funding Scheme are to be closed, landlords may find that mortgages may begin to increase in the near future. Despite record lows for mortgage rates, the closure of these schemes and potential further increases to the UK base rate may lead to increased mortgage rates.

In addition to this, data suggests that rental yields fell on average from 4.8% in 2016 to 4.4% in 2017 in England and Wales, meaning that landlords may well face reduced profits moving forward within the current market.

Other notable points to consider

Further points that you may wish to consider include:

Ombudsman scheme – This is to be introduced in order to help resolve landlord and tenant disputes, and will require all landlords to register with a redress scheme. It is advised that you monitor the situation to see whether or not a governing body will be launched.

The stamp duty surcharge – The introduction of a 3% stamp duty charge was not happily welcomed by property buyers, and yet it is still in place. This is an important element to consider when calculating your finances for your investment, meaning that you will be fully aware of everything related to finance and expenses.

Protection of tenant deposits – Since 2007, landlords have been required by the law to place their tenant’s deposit into a secure, government-approved deposit scheme, to ensure that it is well protected. Failure to do so will see tenants taking the landlord to court, where the landlord will face damage costs of up to three times the amount of the deposit. Any disputes regarding deposits at the end of the tenancy agreement will be resolved by the scheme, with no additional costs.