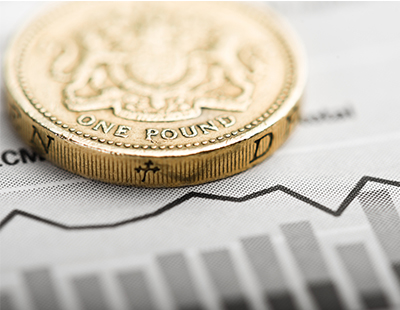 Philip Hammond has once again failed to reverse the previous chancellor George Osborne’s deeply unpopular tax reforms that have had far-reaching implications for the buy-to-let sector.

The government’s decision to phase out mortgage interest tax relief and introduce a 3% stamp duty surcharge for additional properties is having a detrimental impact on households up and down and the country, and yet the Chancellor opted to ignore the issue, despite the fact that there is plenty of evidence to suggest that the tax clampdown on landlords is resulting in rent increases for tenants across the UK.

Russell Gould, CEO, Vesta Property said: “We are disappointed that once again property has taken a back seat and the much needed tax breaks to support landlords who provide the nation’s tenants with valuable rental homes have been ignored.”

James Davis, founder and CEO of online letting’s agency, Upad and himself a portfolio landlord, feels that the government should treat landlords with “more respect” and recognise that for many, working within the PRS is a business choice which should command the same respect as more mainstream business areas.

“I honestly believe we [landlords] are needed and that, therefore, our future is safe,” he said.

The only lettings relief that Hammond offered in his Budget statement was to those landlords who are in shared occupancy with their tenant.

Limiting lettings relief to properties where the owner is in shared occupancy with the tenant is “as good as removing it in its entirety”, according to Robert Nichols, chief executive of Portico letting agents.

He said: “Once again, private buy-to-let landlords have to get their heads around another tax change that will leave them worse off in the long run.

“The new restrictions on lettings relief are a further punishment to hard working individuals who have chosen to invest sensibly in residential property.”

Robert Pullen, partner at Blick Rothenberg, firmly believes that limiting lettings relief to properties where the owner is in shared occupancy provides “another tax hit for landlords”.

He commented: “The £40k relief on sale will be all scrapped, except for rent-a-room properties.”

Neil Cobbold, chief operating officer of PayProp UK, is rather surprised that the government did not announce a more stringent clampdown on short-term lets.

Although this sector provides a great boost to the economy, Cobbold was keen to point out that it also affects the fortunes of the lettings sector, and that is why he feels it is the “right time for initial regulation”.

He said: “There has to be an equal tax footing for conventional landlords and those looking to let their homes on a short-term basis, and the proposal for limited tax relief on properties where the owner is in shared occupancy with the tenant marks the very first step towards achieving that.

“Over the next decade, it is likely that the short-term lets market will continue to expand, so it will be interesting to see if the government takes a similar regulatory approach as it has done with standard lets in the private rented sector.”

The Autumn Budget statement was also a “missed opportunity” to introduce tax breaks for landlords offering long-term tenancies, according to Cobbold.

He continued: “This would have been a welcome move by the government as it would have allowed landlords and tenants who want to pursue longer tenancy agreements to do so without making it a mandatory requirement for the entire PRS.

“Industry research has shown that mandatory longer tenancies may cause some landlords to exit the sector, and that not all tenants are looking for long-term agreements.

“However, for many landlords a capital gains tax break would be a timely incentive to continue to provide much-needed rental housing stock.

“Such a policy could have provided vital feedback to the government’s previously announced plans to introduce mandatory three-year tenancies, indicating whether long-term tenancies are needed or if they should remain an optional decision rewarded with a tax break.”

There was also a lack of information in the Budget on the implementation of the Tenant Fees Bill, which is a concern.

“The ban on upfront fees charged to tenants was first proposed by Chancellor Philip Hammond almost two years ago, along with a cap on security and holding deposits,” Cobbold added. “Given the length of time that has passed, it's crucial that letting agents, landlords and tenants get more information about when and how it will be implemented.”

Rory O’Neill, head of residential at Carter Jonas, concurred: “The Chancellor has withheld much-needed support from landlords and tenants who are in a continuous state of flux over changes in fees and tax legislation.

“We would urge the government to explore the correlation between financially squeezed landlords, many of whom struggle to invest in their properties, and tenants struggling to find homes that are fit for purpose.

“In throttling landlords with the removal of taxation relief, many are vacating the market altogether, which is creating a shortage of good quality lettings properties in an affordable price bracket. Not ideal when so many tenants are already crippled by rents and unable to save for a deposit of their own.”

Poll: Are you disappointed with the Chancellor’s decision to reform lettings relief so that it only applies in circumstances where the owner of the property is in shared occupancy with the tenant?

Many buy-to-let landlords are reluctant to sell a tenanted property because...

Landlords take a ‘long-term performance view of their portfolios’ ...

The reversal of controversial alterations to mortgage interest relief and the...

A fifth of millennials forced to leave rental home due to change in ownership ...

Many tenants face the uncertainty of potentially having to find a...