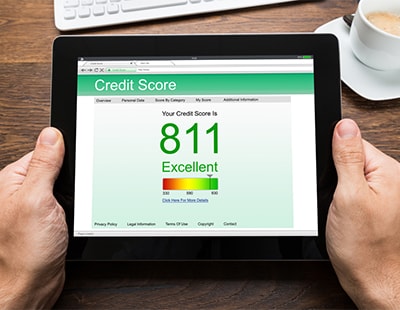 Private tenants who pay their rent on time are set to benefit from better credit scores, after Experian said it was now taking account of the payment habits of those who rent.

The credit reference agency estimates that about 80% of tenants will see their credit score increase, making it easier to get mortgages and loans at enhanced rates.

MPs took part in a debate last year over whether rent payments should be taken into account when private renters apply for a mortgage to buy their own property.

The debate took place at Westminster Hall after a petition on the issue raised by Plymouth construction worker Jamie Pogson attracted 147,307 signatures, which is significantly more than the 100,000 needed to force a debate in parliament.

A separate survey of almost 3,000 buy-to-let landlords carried out by the Residential Landlords Association (RLA) found that 61% of landlords would support rental payments being added to tenants’ credit histories in the same way mortgage payments are.

The RLA believes that including rent payment in this way would also make it easier for landlords to make a more accurate assessment of a prospective tenant’s credit and rent payment history.

Sheraz Dar, CEO of CreditLadder, which partners with Experian to offer individual tenants the opportunity to report their rental payments which are verified each month, and for letting agents and landlord to offer the service to their own tenants, believes that the tenant rent payment recognition is likely “be standard” across the sector sooner, rather than later.

Dar commented: “As former cabinet minister Justine Greening noted in her speech to Parliament during [yesterday’s] Prime Minister’s Questions, MPs from across the political spectrum want to see rent payments recognised by lenders on a level playing field with mortgage payments, and yesterday’s Experian announcement takes this another step towards reality.

“As the first and largest of the players offering rent recognition to people who rent, we are proud to play our part in helping responsible tenants gain equal access to affordable credit both now and increasingly so in the future.”

Lord Bird's Creditworthiness Assessment Bill is due to be read in the House of Commons today after it passed through the House of Lords with no amendments.

The Bill aims to make it a requirement for credit providers to take into account rental and council tax payment history.

“This issue is exacerbated further in the social housing sector, where by allowing lenders access to rental and other payment data, such as council tax, tenants’ access to affordable credit can be greatly improved.

“Our own research has confirmed including this data would improve a third [33%] of all tenant’s credit score.

“While for those who have the thinnest files, our analysis showed almost seven in ten [69%] of tenants’ credit scores would see an improvement.

“Exciting progress is being made to enable this data to be collected and shared and we’re working closely with providers of rental data apps, lenders and policy makers to increase coverage.

“As consumer awareness continues to grow and more data become available we’re confident there will be a fundamental shift that allows more people to access credit when they need it.”

Poll: Do you think rent payments should automatically be added to tenant’s credit score?

PayProp has added its voice to growing calls for rent payments...

Rent ‘eats up a shockingly high proportion of people’s wages’ ...

Tenants are spending an increasing proportion of their earnings on rent,...

CreditLadder has become the first PropTech firm to be approved by...

CreditLadder has joined forces with Bud to help tenants use rental...