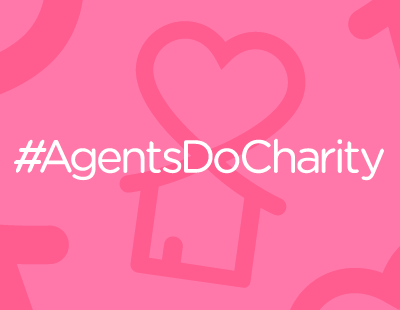 Over 200 letting agents assembled in Heathrow last month to raise more than £26,000 for children’s charity.

The two-day event, called Agent Rainmaker LIVE, saw a number of delegates come together, along with a host of speakers, with a view to raising money for terminally ill children.

No fewer than seven letting agents took to the stage to share their personal stories of how they worked hard on their businesses to make a difference, grow and change to achieve, what some may say are pretty unexpected results.

Each of the seven speakers followed a professional speaker who was teaching a particular subject, which meant that the delegates got to see the learnings of a new system and then the real practical hands on experience of someone that has done it and been through the journey.

Several awards were issued to various members of the Agent Rainmaker Community, including those that had been making changes in their businesses already, with Agent Rainmaker of the Year, being won by Sue Gidney, who has transformed her eight branch business, over the last 12 months, implementing new marketing strategies and getting all of her team on board, to make the changes throughout the business.

The delegates were given SWAG bags, with t-Shirts, mugs, books, pens and much more, and were quick to pop the t-shirt on and wear it with pride.

The exhibitors, including Valpal, LetMc, VOUCH, KeyZapp and Inventory Base, reported they had never seen such a group of friendly, chatty and motivated agents, at any event previously and have all reserved their places for 2019.

Founder Sally said: “It was an amazing two days. It was so awesome to meet our agent community, celebrate their successes and explore options for the year ahead in our businesses, but the best bit had to be when we gave the cheque to Daniel Smith from Promise Dreams, there was not a dry eye in the place, the work they do is just amazing and peoples generosity exceeded all of our expectations.

“It’s great to know that collectively we really have made a difference to so many children’s short lives through just those two days, too.”

Landlords in high-level talks with government over rental reforms ...

The landlords’ trade body has been invited to join what it...

Platform allows landlords to set up companies to buy properties ...

A platform claims it allows buy to let landlords to set...

Renting cheaper than buying for first time since 2014 ...

For the first time in seven years it’s now cheaper to...

Is Covid forcing landlords to give up on HMOs? ...

A landlord group in a major city in the south of...