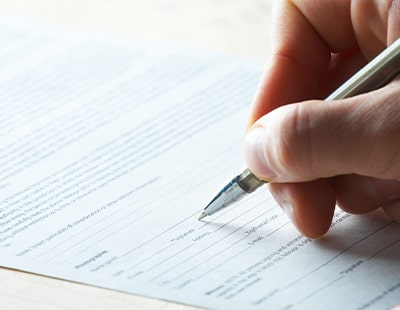 More than three months on from the introduction of a selective licensing scheme in Nottingham, thousands of landlords remain unlicensed because their applications were rejected by Nottingham City Council for not being correctly or fully completed.

Nottingham City Council, like many local authorities across the country, insists that selective licensing schemes are important in order to improve the standard of rented accommodation and crack down on rogue landlords

However, angry landlords have slammed the council for being unprepared for what many consider to be a controversial scheme, referred to as “bonkers”, and claiming council workers were “sinking in paperwork” due to the complexity of the initiative and the high volume of applications received from landlords.

Others believes that with the council charging a standard licensing fee of up to £780 per property in the affected, helping to generate up to £23m for Nottingham City Council, landlords are simply being used as cash cows.

“It [the licensing scheme] is just a way of making money for the council”, said Mike Siebert, chair of Nottingham Park Residents Association.

Around 32,000 properties need a licence but the local authority claims that it has only received applications for 13,450 since the scheme went live at the beginning of August.

The council has so far processed 5,993 of those applications, but almost 60%, or 3,536, have been rejected due to paperwork errors.

To obtain a licence, accredited landlords must pay £480 per property while non-accredited pay £780. But some commentators believe that landlords are likely to pass the cost on to tenants in the form of increased rents, doing nothing to address affordability, while the worst landlords – the rogue operators – will simply ignore the scheme, as they do many other regulations.

Siebert added: “It backfires if rents go up. It is more expensive to rent than get a mortgage so it will be worse for them. If everyone puts up the price of rent what is it achieving?”

Giles Inman, business development manager at East Midlands Property Owners Group based in Lenton, which represents around 600 landlords, told Nottinghamshire Live: “The reality is they are sinking in paperwork. They have employed about 70 staff overall to run this licensing scheme.

“We are now over three months into this scheme and they have only a third of the applications in and still trawling through that third. There have been a lot of rejections and a lot of people phoning me up. Everyone is fed up with the whole thing.”

New licensing scheme is ‘just a way of making money for the council’ ...

Residents association to take on landlords with HMO register ...

A group of residents is putting together a list of Houses...