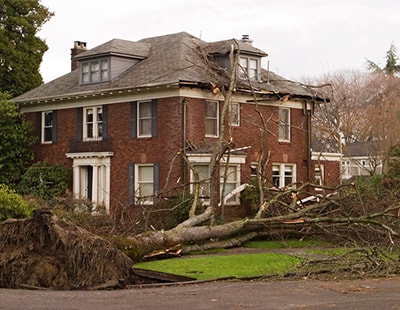 There has been a reported surge in calls from landlords whose investment properties were damaged by the ‘Beast from the East’ and ‘Storm Emma’, according to buy-to-let specialist insurer, Simple Landlords.

The Beast from the East and Storm Emma hit the UK earlier this month, and this led to a 300% rise in calls to the claims line of Simple Landlords Insurance at the start of last week compared to the corresponding period in 2017 as landlords took stock of the damage caused by the extreme weather.

Amongst those calls, landlords made a number of claims for weather related damage such as burst pipes and storm damage.

During the five worst days of storm Emma, until Monday 5 March, there was a 133% increase in calls to Simple Landlords’ emergency assistance helpline. Most claims related to boiler breakdowns, frozen and burst pipes.

Richard Truman, head of operations from Simple Landlords, commented: “The snow itself caused some damage and the number of claims is surging now as it thaws out. Our team of loss adjusters are geared up to work long hours to organise repair work and payouts for our policyholders.

“Claims from our customers have tripled this week, compared to the same time last year. Despite the rise in calls, we’re pleased to say that we’ve spoken to everyone who called to register a claim and have had an average hold time of just three minutes.

“During the snow and storm last week a quarter of our claims team in Elland, West Yorkshire, made it into the office, with some walking several miles to get here.”

From not paying their share of the rent or bills to...