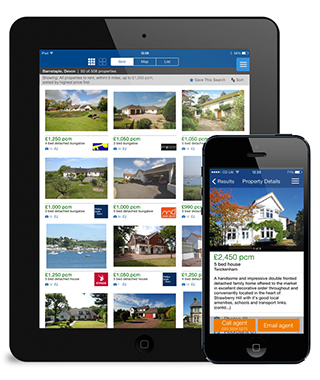 No landlord wants to experience excessive or lengthy void periods as that can significantly impact the viability of their investment, and that is why many astute buy-to-let investors are willing to invest if it means securing a quicker let.

The company introduced ‘featured listings’ last year at a extra cost of £150, including the option to list properties on Rightmove, and the online letting agent reports that the response from landlords has been positive, partly because many recognise that  listing property on a leading portal, like Rightmove, can help boost the number of enquiries per property and, in doing so, secure a tenant sooner.

James Davis, Founder and CEO of Upad, said: “Our data, as well as anecdotal feedback, has repeatedly shown that one of the primary concerns for landlords is managing void periods.  With that in mind, when it became apparent from our Rightmove data that the average number of enquiries per property was down, we acted quickly to address this and mitigate the risk of a void.

“Landlords told us that in key cities where competition was high such as London, Birmingham and Manchester they needed a competitive edge. Rightmove’s Featured Listings proved to be exactly that.”

Since the introduction of ‘featured listings’ as an add-on across each of its pricing options, Upad says that properties have been let, on average, three days more quickly than those marketed without.

Davis added: “It’s a competitive marketplace and securing a quality let quickly is important to our landlords.  However, in presenting options such as that offered via Featured Listings, we need to be able to demonstrate tangible benefits and last summer’s test provided just that.”

The key to being a successful landlord is to ‘get to know your tenants’ ...

Buy-to-let landlords should invest the time in getting to know their...