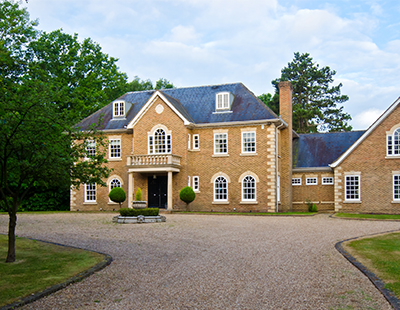 Wealthy foreigners are prepared to spend up to £50,000 a week renting luxury homes in London, and this now risks sending prices spiralling out of control, according to a high-end letting agent.

Trevor Abrahmsohn, the owner of Glentree Estates, a top-end north London agency, reports that international demand for super-prime London homes is so strong that the market appears to have “gone completely ‘nuts”.

In one of the latest examples of strong demand from the global super-rich, Abrahmsohn says that his firm registered an unnamed applicant this week looking to rent a luxury mansion to use for three months for up to £50,000 a week – that is staggering £2.6m a year.

“To be honest, this reflects a new trend amongst certain foreign international clients who, in some cases, would prefer to pay an obscene rent, rather than purchase a property,” said Abrahmsohn.

The agent believes that growth in rental demand from the super-rich could be due to what he describes as the “unintended consequences” of the now former chancellor George Osborne’s decision to charge foreign property buyers what he believes is an extortionately high rate of stamp duty.

“His [Osborne] draconian stamp duty impositions has meant that instead of purchasing a substantial mansion in London for, let’s say, a five year stint, which otherwise would have cost 20% of the purchase price to buy and then sell, some wealthy clients are choosing to use the money instead, as rent,” Abrahmsohn added.

Also last year, some 20 leases of £15,000 and more per week were transacted, a record number that almost doubled the 11 registered in 2016, a clear indication that the luxury rentals market has benefited from the slowdown in the high-end sales market.

Tom Smith, head of lettings at Knight Frank, said: “Demand is resilient due to higher rates of stamp duty and the associated uncertainty over the short-term prospects for price growth in the sales market. A lack of clarity regarding Brexit has also been a factor.”

Stamp duty could be ‘tempered’ to boost activity ...

As predicted, the pound is in freefall and the world stock...