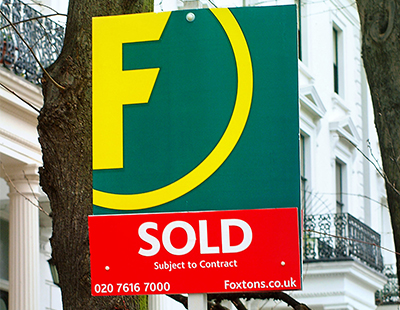 It currently looks like a potentially good time for buy-to-let landlords to expand their property portfolios, amid an overall cooling in the housing market.

Fresh data from the National Association of Estate Agents (NAEA) shows that 86% of properties sold for less than the asking price – the highest level seen since records began in 2013.

This is an increase of 12% from the previous month when 74% of sellers accepted offers below their original asking price.

The figures also reveal that just 10% of properties sold for the original asking price in March, which is the lowest level since records began.

The NAEA also report that there were slightly fewer house-hunters on estate agents’ books last month, with 309 registered per branch, down from 308 in February, suggesting that there is less competition from buyers.

The number of properties available to buy increased to the highest level for five months with 40 available per branch in March compared with 35 in February.

Mark Hayward, chief executive at NAEA Propertymark, commented: “Earlier this month, Zoopla research showed that on average, houses are being sold for almost £25,000 less than asking price, which our findings echo.

“A record number of properties sold for less than asking price in March, indicating that buyers have shifted into the power seat. This is music to house-hunters’ ears.”

Although demand has cooled off in recent month, Hayward expects to see activity levels increase again as those holding off on making purchases move to take advantage of these lower prices.

He added: “Ultimately, this means the number of offers accepted below asking price will fall again and the market will swing back in the favour of homeowners.

“The only thing which will offer a long term solution is more homes to balance the issue of supply and demand.”