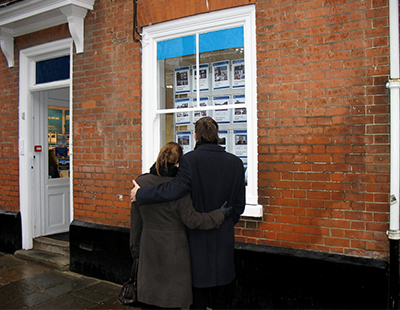 Various reports suggest that a number of buy-to-let landlords plan to exit the private rented sector due to concerns about the housing market, changes to tax and more stringent mortgage lending conditions, but selling a property can sometimes be easier said than done.

The study, undertaken by YouGov, on behalf of the HomeOwners Alliance and homebuyer IMMO, found that most property sales fall through every year as a result of buyers changing their minds – collectively costing sellers a total of £400m annually.

According to the survey, which explored the experiences of home sellers, 20% of sellers have experienced a sale collapse, with just over half - 51% - incurring costs averaging £2,727.

Some 69% of the home sales that fell through did so because of buyer related reasons, including the purchaser changing his or her mind, while the often lengthy time it takes to complete a transaction led to 39% of buyers pulling out of an agreed deal because they found another property, while more than a quarter - 28% - of deals fell through because the buyer’s finances were not in order.

Sales falling through further up in a chain accounted for 20% of collapsed sales.

The research, which found that uncertainty may actually put people off selling, shows that almost one in ten sellers - 8% - with a failed sale have experienced gazundering; where the buyer lowered their offer just before the exchange of contracts.

Paula Higgins, chief executive of HomeOwners Alliance, commented: “We often hear about would-be buyers losing their dream homes as a result of sellers accepting higher offers but less is said about sellers forking out thousands in wasted fees only for buyers to change their mind, leaving the seller back at square one”.

“Gazundering and time wasting is a huge problem. The homeselling system is so unreliable it’s deterring homeowners from selling – adding to the ongoing housing shortage crisis as a lack of suitable homes is one of the barriers to people moving up the property ladder.”

The research comes after the government announced plans to improve the home buying and selling process with a number of measures, including the introduction of voluntary reservation agreements.

These legally binding agreements, advocated by HomeOwners Alliance, would require both buyers and sellers to put down a non-refundable deposit to commit both sides earlier in the process.

Commenting on the findings, Samantha Kempe, Co-Founder of IMMO, said: “The current system has created a fundamental power imbalance between the seller and the buyer, with the seller often at the buyer’s mercy during what is often the largest financial decision of their lives.

“Sellers should be able to proceed with the sale of their property knowing what price they will receive and feeling assured that the sale will go through.”

August is the most popular time to move home ...

Whether you are looking to rent out your property or sell,...