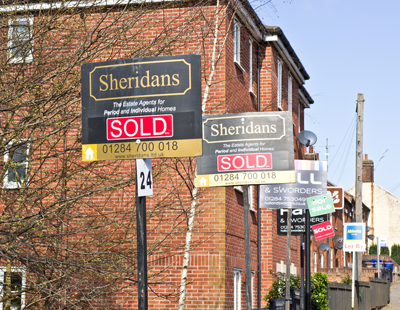 The number private landlords selling their buy-to-let properties reached a record high in April due to a raft of recent tax and legislation changes, according to letting agents.

Changes to the buy-to-let tax regime are reducing landlords’ margins, leaving many with little alternative but to exit the sector due to the profit squeeze.

According to ARLA Propertymark’s latest PRS report, the number of landlords leaving the market increased from four per branch in March to five per branch in April, which is the highest level since records began in 2015.

With a growing number of landlords exiting the market, the supply of rental properties is likely to fall, at a time when demand from prospective renters is up and more tenants are seeing a rent hike.

The growing gap between supply and demand is reflected by ARLA Propertymark’s findings which reveal that on average, letting agents registered 72 prospective tenants per branch in April, compared to just 66 in March.

The research also found that the number of tenants experiencing rent hikes increased to 26% in April – the highest level since September 2017 when 27% of landlords put rents up for tenants.

David Cox, ARLA Propertymark chief executive, said: “The barrage of legislative changes landlords have faced over the past few years, combined with political uncertainty has meant the BTL market is becoming increasingly unattractive to investors.

“Landlords are either hiking rents for tenants or choosing to exit the market altogether to avoid facing the increased costs incurred. This in turn is hitting renters most, at a time when a huge number of people rely on the rented sector, and leaves us with the question of where will these people find alternative homes?

“As demand for private rented homes massively continues to outstrip supply, the government can no longer divert its attention from the broken housing market.

“The recent news that the government is regulating the industry is a step in the right direction, but ultimately we just need more homes.”