With the number of people living in private rented accommodation continuing to grow, more tenants are seeking permission to keep pets in their property.

But the majority of landlords are unhappy about renting to a tenant who has a pet due to fear that the pet will cause damage to the property.

Knowing just how much Brits love their pets, Fasthomes.org investigated which London boroughs are most - and least - welcoming of pets when renting a property.

By assessing figures from Zoopla over the period of one month to assess just how many properties per London borough allow pets, the housing agent discovered that Kensington and Chelsea is the top pet-friendly London borough.

This is followed in order by Lewisham, Westminster, Lambeth, and Wandsworth.

In contrast, the five boroughs which are considered the least pet-friendly are Redbridge, Barking and Dagenham, Bexley, Sutton, and City of London.

Unsurprisingly, dogs (26%) and cats (18%) are the most conventional and popular choice of pets.

There are approximately 9 million dogs in the UK, and 8 million cats. 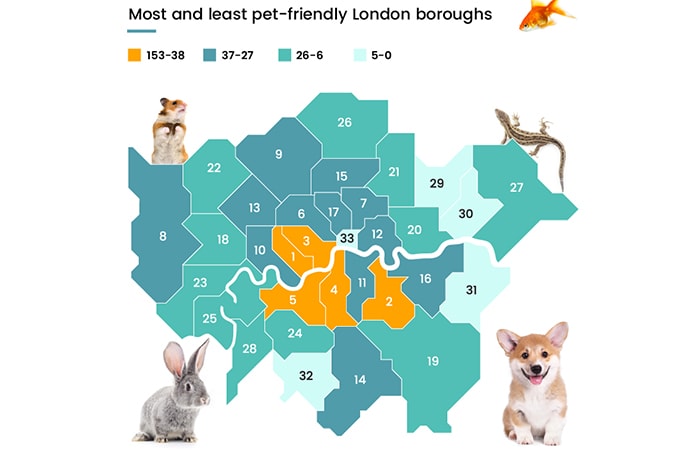 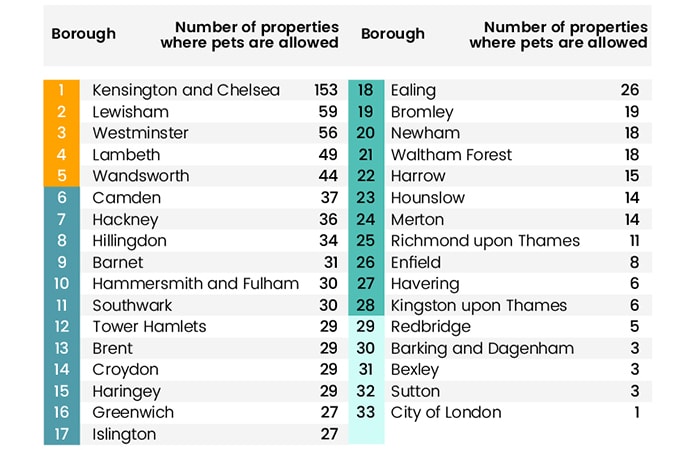 Many tenants who own at least one pet have struggled to...

Pet-friendly rentals are growing in popularity, as reflected by Zoopla’s latest...