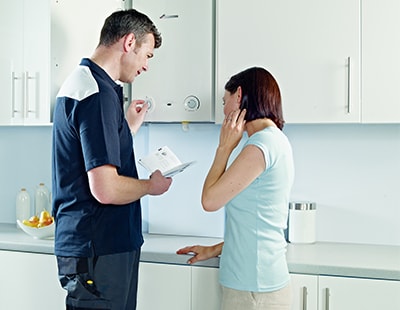 Renters are spending more than £1bn of their own money every year on repairs their landlords failed to carry out, fresh figures suggest.

The study found people living in rented accommodation paid on average £217 per household on repairs that should have been carried out by their landlords in the past year.

The survey also revealed that many renters do not completely trust their landlord, while one in 100 claimed to have found hidden cameras in their home.

One in five - 21% - of renters said their relationship with their landlord is so bad it has affected their physical or mental health.

The research, carried out by Uncle - a serviced apartment start-up – also revealed that one in 10 tenants have been made to wait more than three months to get ‘routine’ jobs done while one in five have waited more than a month.

Separate figures from the English Housing Survey show that more than a quarter – 27% - of privately rented homes failed to meet the decent homes standard in 2016, while 8% of properties also had some type of damp problem.

Under powers introduced earlier this year, councils can enforce fines of up to £30,000 to private landlords for offences such as failing to license a property, or not complying with an improvement notice.

However, there are currently no guidelines for magistrates when sentencing for housing offences. Magistrates base their decision on how much a landlord says they can afford, rather than the seriousness of the offence or the harm caused to tenants.

The Local Government Association (LGA), which represents 370 councils in England and Wales, argue that higher fines for serious cases such as for fire safety breaches or providing substandard housing  would raise standards and provide consistency across the courts.

Cllr Martin Tett, LGA housing spokesman, said: “The majority of landlords are decent, responsible law-abiding citizens who do a great job in making sure their tenants are living in safe and quality housing. Unfortunately there is a minority of rogue landlords who give those good landlords a bad name.

“Councils want to work with landlords, not against them. But with more young people and families renting privately than ever before, we need to see reforms that will maintain and improve housing standards.

“A key deterrent to rogue landlords would be for the government to set common sentencing guidelines which delivers consistency across the courts. It is not right that the level of civil penalty could outweigh that which is handed out by magistrates.

“Many councils are already tackling issues in the private rental sector by bringing in landlord licensing schemes. But they are limited in how widely these can be introduced. We need to see these rules relaxed and councils given more freedom and flexibility in establishing schemes.

“Landlord licensing schemes allow landlords to demonstrate that they are responsible and adhere to ensuring homes are maintained to a high standard. It also protects and provides reassurance to tenants that they are living in a decent, safe and secure home.”