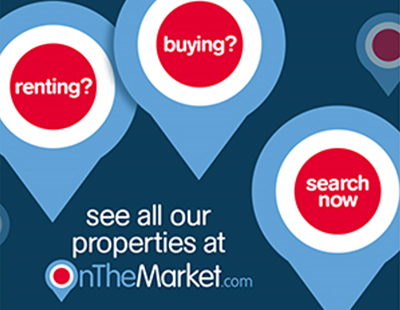 With more house-hunters than ever now starting their search for a new home by typically looking online on one of the major property portals, most landlords would naturally like to see their rental properties listed on the main websites, dominated these days by Rightmove and Zoopla, in order to attract the widest possible range of prospective tenants.

However, the dominant duo continues to be challenged by OnTheMarket.com, the property portal set-up at the start of 2015 by agent-run collective Agents’ Mutual with the aim of breaking the so-called ‘duopoly’ held in Britain by Rightmove and Zoopla.

Having provided consumers with an alternative search platform, OnTheMarket reports that consumer feedback has been overwhelmingly positive. It also claims that the property website now has more high-end homes for sale worth £3m-plus in prime London than Zoopla/PrimeLocation and has overtaken Rightmove in terms of the number of listings in some postcodes at this value, illustrating its continued growth as it looks to increase market share.

Noel Flint, Head of London Residential at Knight Frank, said: “These figures demonstrate the strength that OnTheMarket has gathered, despite it being the youngest player among the UK’s three biggest portals.

“None of Knight Frank’s properties can be found on Zoopla/PrimeLocation and we have a general policy of launching new properties at OnTheMarket.com up to 48 hours before Rightmove. And there are many other agents across the country who have chosen to support OnTheMarket.com in the same way.”

In the Home Counties, OnTheMarket.com lists more than double the property stock of Zoopla/PrimeLocation for homes worth £3m or more.

And in specific wider country markets such as Hampshire, Yorkshire, Lincolnshire, Somerset, Devon and Cornwall, OnTheMarket outpaces Zoopla/PrimeLocation for properties worth £1million or more.

Ian Springett, chief executive efficer of OnTheMarket.com, said: “This latest data is a further demonstration of the rapid progress OnTheMarket has made in the UK’s property portal market.

“OnTheMarket continues to gain ground at all price points across the country as more and more agents recognise the benefits of an agent-backed portal.”

Does OnTheMarket.com matter when letting your home? ...

With more house-hunters than ever now starting their property search online,...

Rent arrears are a ‘real and serious issue’ for landlords, RentalStep warns ...

The number of tenants falling behind with their rent payments is...