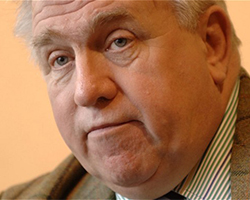 Britain’s biggest and arguably most contentious buy-to-let landlord increased rents on hundreds of homes within an hour of the Bank of England’s 0.25% interest rate rise last week.

Fergus Wilson, who owns hundreds of houses and flats in Ashford and Maidstone, decided to increase rents by £50 for tenants across all his 400 or so properties, in response the rate hike last Thursday.

The Bank’s nine-member monetary policy committee voted unanimously for the rate increase, judging that the economy had bounced back from a soft patch earlier this year triggered by the cold weather and heavy snowfall.

But the decision to increase interest rates by 0.25% will have an adverse impact on buy-to-let property owners who are already reeling from cuts in the amount of interest relief allowable as a deduction against their rental income.

The property tycoon who last year banned ‘coloured people’ from renting any of his properties because ‘they make them smell of curry’ has been back in the headlines in recent weeks after announcing that he and his wife Judith will evict single women who become pregnant and single mums with newborn babies.

Fergus Wilson, 69, who has also barred battered wives and plumbers from occupying his homes, blamed his decision on the “strict” enforcement rules imposed on landlords by Ashford Borough Council, which last month announced plans to adopt new powers to crackdown on rogue landlords.

Now Wilson has decided to take “immediate” action, following the Bank’s decision to increase the base rate.

Wilson said in a statement: “Following the interest rate rise I have increased rents in all our properties by £50 per month.

“It is merely passing onto the tenant the additional mortgage charge.

Poll: Was the landlord right to increase rents on his rented properties following the Bank of England’s 0.25% interest rate rise last week?