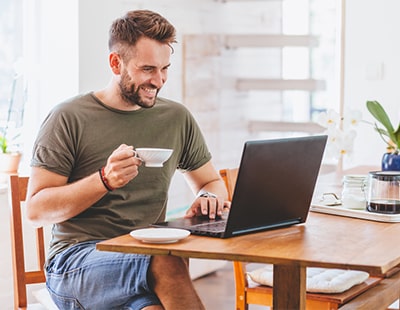 Bootle in Merseyside has been named the best place to currently be a buy-to-let landlord, based on a number of key metrics.

The research comes from Gatehouse Bank which has identified the 10 best places to be a landlord, as well as the 10 places where landlords are most vulnerable in today’s market.

The study identified a clear north-south divide when affordability and pace of market were factored in, with Bootle considered to be the home of the most reliable rentals, followed by Inverness, Stoke-on-Trent, Barnsley and St Helens.

Meanwhile, the North and Midlands dominated the listings of the places where landlords are least vulnerable.

Winchester has been named as the place where buy-to-let landlords are most vulnerable, followed by Cambridge, Chichester, Warwick and Reading, owed in part to recent tax changes, according to the research by Gatehouse Bank, which offers buy-to-let finance for landlords.

The study, across 122 UK towns and cities, takes into account the second tier of economic indicators including how long available rentals have been on the market, as well as the affordability ratio between average salaries and rents.

This is in contrast to studies that look solely at yield, which would currently identify Padstow, Bedford, Taunton, Shrewsbury and Salisbury as making up the least attractive buy-to-let hunting grounds.

In worst placed Winchester, properties for rent have been sitting on the market for almost a third longer (248 days) than in favourable Bootle (183 days), where the average yield was 5.6% compared with Winchester’s 3.1%.

It won’t surprise renters in Edinburgh and London that they pay the highest rents compared to earnings. These cities came bottom (121st and 122nd) when ranking this indicator, with rents coming in at 73% and 92% of local average earnings respectively. Meanwhile Oxford(70.8%), Guildford (69.3%) and Brighton (66.6%) all fell into the bottom five.

In contrast, the top three cities for affordability, all of which are based in the north of England, boast earnings-to-rent ratios that are three times less.

Renters in Hartlepool, Darlington and Stockton-on-Tees make up the top three. Tenants in these areas can expect rents that are17.5%, 19.6% and 19.9% of earnings respectively.

Overall, the study found properties available to rent across the UK have been sitting on the market for 197 days on average. Meanwhile the typical yield is 4.6% and the average proportion of earnings to rent is 37%.

Charles Haresnape, CEO at Gatehouse Bank, said: “What our research shows is that famous Northern hospitality is not a myth. It’s a great place not only to be a landlord but also to live, with cities in the North and the Midlands performing much better across all indicators.

“Rental properties are let far quicker than in the South, which is no surprise when major cities like Liverpool and Manchester are within commuting distance of smaller towns like Bootle.

“What’s really striking is that in the areas that performed best, rental rates were far more affordable and this correlation underscores the symbiotic relationship between renters and landlords in areas where their investments could be deemed safest.”

Gatehouse Bank has broadened its eligibility criteria for both buy-to-let and...

The number of people investing in the buy-to-let sectors is expected...