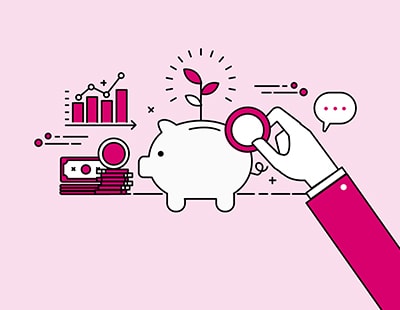 Close to half of private renters would like to see tenant deposits scrapped and replaced with deposit protection insurance, according to a YouGov survey.

The research found that 43% of renters would prefer to rent deposit-free with deposit protection insurance as an alternative to a traditional deposit, which looks set to be capped at the equivalent of six weeks’ rent by the government, as part of the Tenant Fees Bill.

A deposit-free insurance policy, which pays for any damages to the property at the end of a tenancy, provides an alternative to paying a large sum upfront, with tenants typically required to pay into it either through a one-off payment, such as a week’s rent, or a monthly fee.

“Currently many people are simply unable to enter the rental market due to the need for a large upfront deposit to be provided before they move in,” said Professor Brian Sturgess, author of ‘Down with Deposits’.

Robert Colvile, director of the Centre for Policy Studies, is calling on the government to get behind zero deposit renting in order to “rectify an unfair system which polling shows is unpopular with hard-pressed tenants”.

He commented: “By endorsing an insurance-based model as an alternative to a rental deposit, the government would rectify an unfair system which polling shows is unpopular with hard-pressed tenants.”

Despite growing enthusiasm for deposit-free renting, a high number of tenants – and landlords – are not in favour of seeing traditional tenant deposits replaced with deposit protection insurance.

Dan Wilson Craw, director of Generation Rent, pointed out that tenants who do not make a claim at the end of a tenancy will effectively lose any money paid to the insurer.

He said: “The tenancy deposit is a significant sum of money to find before you can move into a new home, and the system sorely needs to be made more affordable.

“Unfortunately proposals to replace it with an insurance policy will make participating tenants worse off, because they get nothing back when they move out.

“Even if you borrowed the money for a deposit and paid it off over a few months, the interest involved would still be less than the premium you'd pay for deposit replacement insurance.”

He added: “Instead of introducing a new poverty premium, we should make the existing system better by finding ways to allow payment by instalments, investing deposits so that tenants get a decent return on their money, and passporting them between tenancies.”

Poll: Would you like to see traditional tenant deposits replaced with deposit protection insurance?

Taxes on buy-to-let landlords have ‘made no difference to rents’ ...

The rise in the number of buy-to-let landlords quitting the buy-to-let...