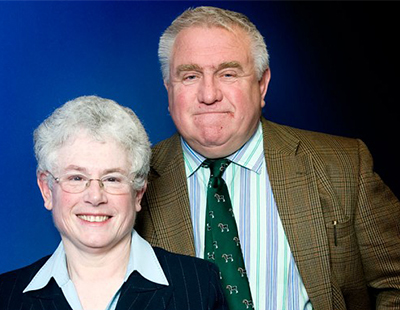 One of the UK’s largest and most controversial private landlords plans to sell his entire portfolio of around 300 residential properties by the end of this year.

Fergus and his wife Judith have hundreds of homes collectively worth about £250m, but they have been actively selling off their properties, centred in and around Kent, over the past couple of years, owed primarily to tax changes and more stringent mortgage lending conditions.

The couple plan to offload their remaining properties this year, will many expected to be sold in batches to a pool of foreign investors, including both wealthy individuals and institutions.

Local reports suggest that 90 Section 21 notices will be delivered to tenants this week to regain possession.

Fergus Wilson said: “I do feel sad for people who are going to be homeless, it will be hardest for parents with young children, because most landlords won’t accept them.

“I also feel sad selling the houses. We have built them up over the years but we can’t take them to the grave with us.

“We haven’t thought about what we will do with the money yet, I’m not going to buy a Rolls-Royce or anything like that.

“I could do that now - it is money down the drain.”

Wilson has proved to be arguably Britain’s most contentious buy-to-let landlord, after rejecting battered wives and plumbers as tenants, along with ‘coloured people’ because he says that they make his properties ‘smell of curry’.

Only last month, he and his wife were ordered to pay £25,000 after ignoring a notice to fix a disabled tenant’s hot water for five months.

Cllr Gerald White, Ashford Borough Council’s portfolio holder for housing, vowed to help Wilson’s evicted tenants “as much as we can”.

He said: “Mr Wilson is a landlord, he is well within his legal rights to do what he wants with his properties whether that’s to sell or rent them.”

He added: “If people need help they should contact our housing option team.”

Race row landlord to sue vlogger for calling him a racist ...