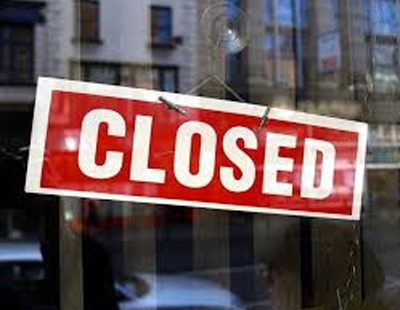 Ilford-based Kingsman Property has gone out of business after being expelled from The Property Ombudsman (TPO) scheme owing a landlord almost £15,000.

The company, which was well established in the Essex region, was booted out by The Property Ombudsman for owing a landlord £14,921 after the agent failed to pass on rent owed to him, which had been paid by the tenant.

The landlord had entered into a Guaranteed Rental Income Scheme with Kingsman Property which was meant to ensure that the landlord received the rent every month. The agent also confirmed that they would obtain a multiple occupation (HMO) licence as it was their intention to rent the property to more than two tenants.

The landlord received the rent for a period of eight months, but Kingsman Property then stopped paying the rent, resulting in the landlord dis-instructing them.

Unfortunately, by the time the landlord brought the matter to The Property Ombudsman, it transpired that the agent had gone into administration, therefore it was highly unlikely that any award that was made would be recovered, but the landlord asked TPO to proceed anyway.

The Ombudsman concluded that several aspects of the service that Kingsman Property had provided fell considerably short of the standard of service expected under TPO’s Codes of Practice. This included the failure to ensure that the property complied with current HMO regulations, the failure to register some of the deposits that they received and the failure to pay the rent as agreed. The Ombudsman made an award of £14,921.23, which included the rent that had not been paid (£12,421.23), the deposit (£1,000) as well as an award (£1,500) for the avoidable aggravation and distress caused.

Kingsman Property failed to pay the award and the Ombudsman referred the agent to the scheme’s independent Compliance Committee, which ruled the firm should be expelled from The Property Ombudsman scheme.

Gerry Fitzjohn, non-executive director and chairman of TPO’s finance committee, said: “As a member of TPO, agents are obliged to comply with awards made by the Ombudsman, which Kingsman Property has failed to do.

“Although there is no evidence to suggest the agent is still trading as the company has gone into liquidation, we want to make consumers aware in case the agent does appears to start trading again. It is also a reminder to consumers to ensure they use an agent which is a member of a redress scheme which also holds Client Money Protection insurance.”

Agent in Chelmsford may still be trading despite being expelled by TPO ...

Landlords and tenants in Chelmsford, Essex, are being warned that a local...

The Property Ombudsman (TPO) has opted to extend its exclusion of...

A letting agent in north London has been expelled from The...

Letting agents expelled from from TPO ...

Landlords should be aware that eight estate and letting agents have...